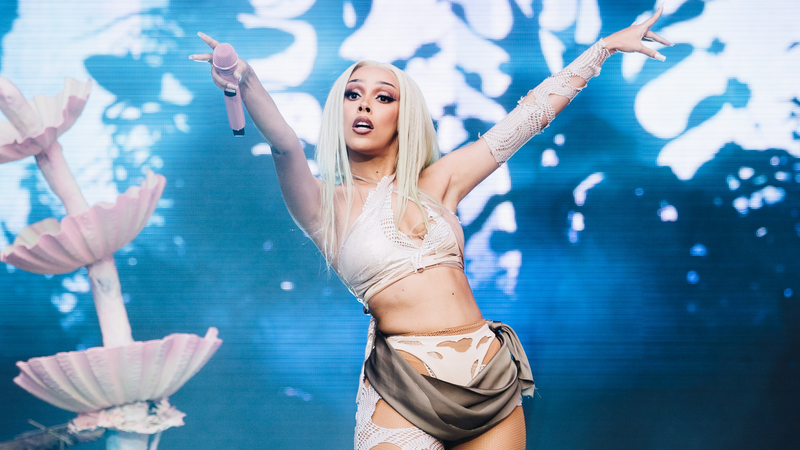 In the last five years Doja Cat’s career has been on the rise. Making major strides in the music industry which most recently includes being nominated for eight GRAMMYs. But as it turns out, she hasn’t really had that much fun along the way. Her words… not ours.

Opening up about her music career and doing things that she doesn’t want to do during an IG Live with The Neighbourhood Talk, Doja admitted she feels “pressured” and hasn’t enjoyed making music for the past “five years”.

She continued on to clarify, “I just mean, make music like, willy nilly, have fun and just jam and make some s***. I haven’t done that in maybe five years it feels like,” she explained. “I’m doing all this s*** that I don’t f***in’ wanna do. I don’t want to take f***in’ pictures."

Also adding that when it comes to photoshoots and being styled, while she does enjoy the creative aspects of it, she doesn’t enjoy the part of it being an obligation.

A post shared by The Neighborhood Talk, LLC (@theneighborhoodtalk)

Never one to shy away from sharing, Doja also recently revealed to ExtraTV that her goal is to become more selective when it comes to who she collaborated with.

“Not to say that the people on my album are – they’re incredible," she prefaced her thought. Adding, that her Planet Her collabs which include tracks with Ariana Grande, SZA, The Weeknd, Young Thug and JID “are the perfect features on my album.” She admitted that moving forward she does “want to be more choosy about what I’m doing because I feel like a lot of features are coming out. It feels like people are just getting on each other’s songs for the sake of having them on each other’s songs.”

Watch Doja Cat discuss her issues with the music industry above, and see her talk about being more choosy with collabs below.