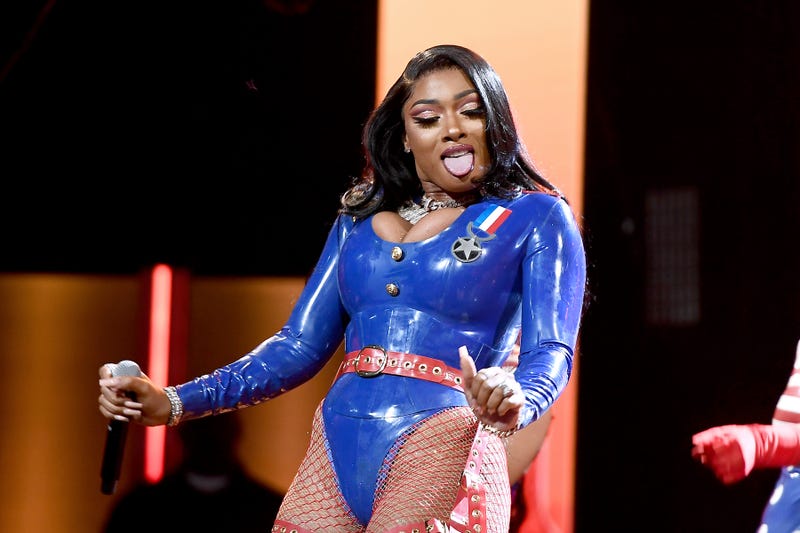 The snow is melting away, daylight is extending, temperatures are increasing, and this only means one thing: Hot Girl Summer is quickly approaching.

The feeling of letting go. A new season. #mycalvins

In a recent interview with Vogue, Megan reflected on her personal relationship with Calvin Klein, exclaiming that she’s been a fan “for the longest,” remembering her admiration for the brand’s “swag in the early ‘90s.” The Good News rapper mentioned her being a part of a CK campaign is truly full circle. “When I grew up, I was like, ‘one day, I want to [model for Calvin Klein]—I don’t know how I’m gonna do it, but I want to do it,’” she expressed. “And to be a part of it now as Megan Thee Stallion, I'm like, wow, things really come full circle. I told myself I’d be on a Calvin Klein billboard and that actually happened. I’m so grateful.”

Had to come see for myself 😜 #mycalvins pic.twitter.com/pSdjP0VlE1

This isn’t the only good news Megan is celebrating. The southern belle is nominated for four GRAMMYs, including Best New Artist and Record of the Year.