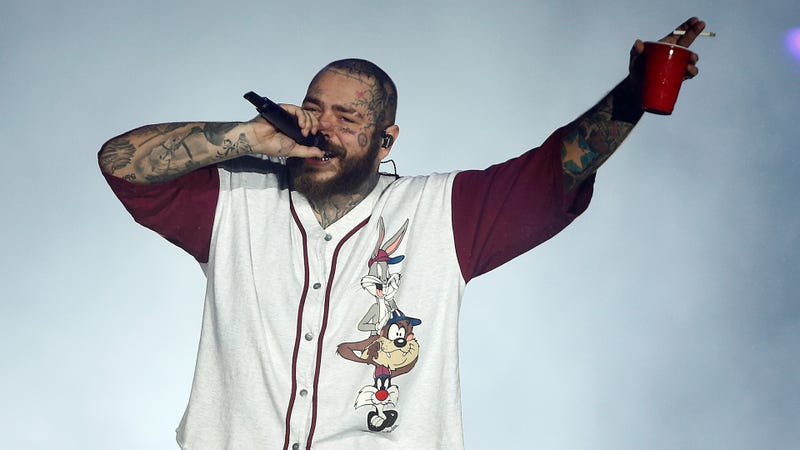 Post Malone is all “Better Now.” After having to cancel his recent gig in Boston due to his injured rib, Posty was back and ready to take to the stage for his Cleveland show on Tuesday night.

Hospitalized following his St. Louis show on September 18, after stepping on an uncovered hole on stage and sustaining injuries to his ribs, Post updated his fans that he would have to halt his tour due to the pain.

“I’m having a very difficult time breathing, and there’s like a stabbing pain whenever I breathe or move,” he revealed on Twitter, just hours before the show was supposed to start.

Excited to get back on the road, Posty took to Twitter to hype up the Ohio concert goers ahead of that evenings show, announcing, “Cleveland, I will be singing the f*** out of some songs tonight, see y’all tonight.”

Cleveland, I will be singing the FUCK outta some songs tonight 😤 see y’all tonight 💕

During a pause in the show, Posty took a moment to talk about his canceled stop in Boston. Saying, “my last show I had to pull out of, unfortunately. Because I really busted a** in the middle of the stage over there,” he said pointing, while holding a beer. “And I woke up and my ribs were like cracking and f***ing up and I couldn’t really breathe so well,” he explained in a fan-filmed video.

.@PostMalone told the audience tonight in Cleveland about his accident and how he’s feeling now. ❤️‍🩹 #TwelveCaratTour pic.twitter.com/66cekFsLkD