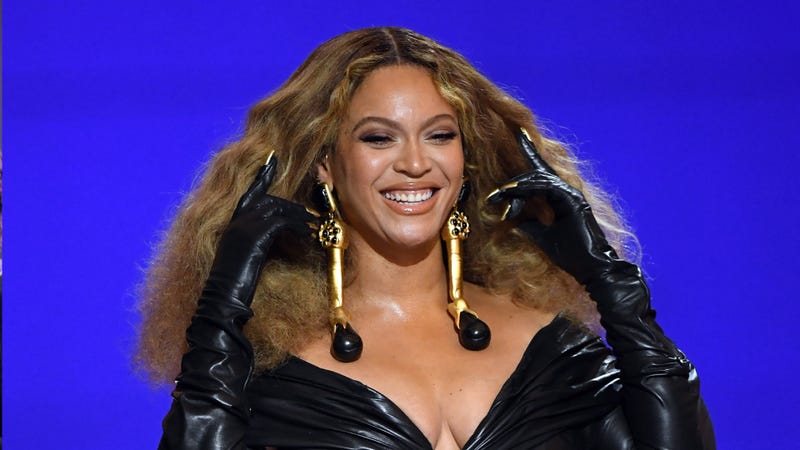 Philadelphia traffic reporter Sheila Watko, “needed to celebrate” Beyoncé and her latest album release. Doing so in the best way she knows how, while delivering her NBC10 traffic update.

Name-dropping a total of 15 of the singers songs, flawlessly without missing a beat, Sheila caught a particularly special person’s attention. None other than Beyoncé's mom herself, Mrs.Tina Knowles Lawson.

After being introduced, she thanked her fellow anchor saying, "I always appreciate it when you 'Say My Name'" – a reference to Destiny's Child's 1999 hit single.

She continued, "If you're just waking up, I hope that you had some 'Sweet Dreams' 'cause traffic is getting 'Heated' and it's starting to 'Break My Soul' just a little bit.”

And she didn't stop there, “All Up In Your Mind," "Listen," "Beautiful Liar," and “Countdown,” also made the list.

Before continuing to say, “We have a 'Formation' of traffic cones all morning. You might want to move over 'to the left, to the left,' " telling local drivers, referencing the singer's hit, “Irreplaceable."

Next came “Partition,"which the inclusion of Tina particularly enjoyed, also "Bills, Bills, Bills," Sheila then sent out a “Bey Alert” before finishing off with "Crazy In Love," and “XO."

Watko closed out the incredible report by confessing that she’d been planning the feature for days, but postponed it due to a major crash and various traffic changes that occurred the days before.