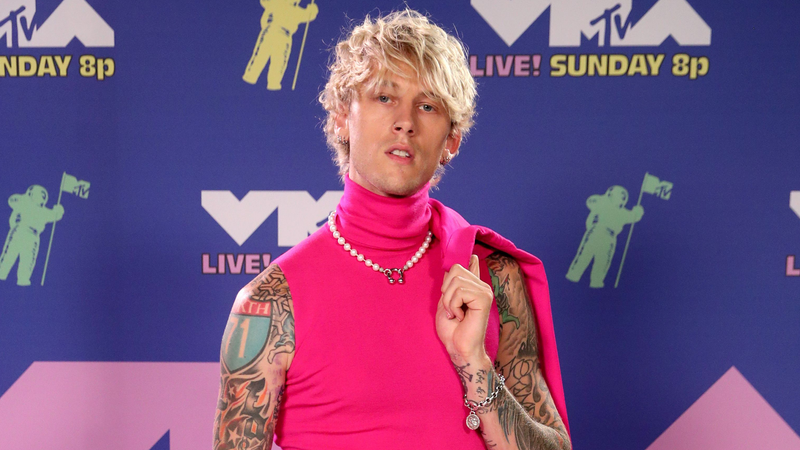 As much as we hate to, we have some not so great news to share. Machine Gun Kelly’s longtime drummer and friend JP Cappelletty was recently attacked, robbed and hit by a car.

As TMZ first reported on Wednesday March 3, JP, who goes by Rook, posted a picture of himself raising his left arm, which is wrapped in a cast, on his Instagram story reassuring fans that he’ll be fine, writing "Don't worry I'll bounce back." 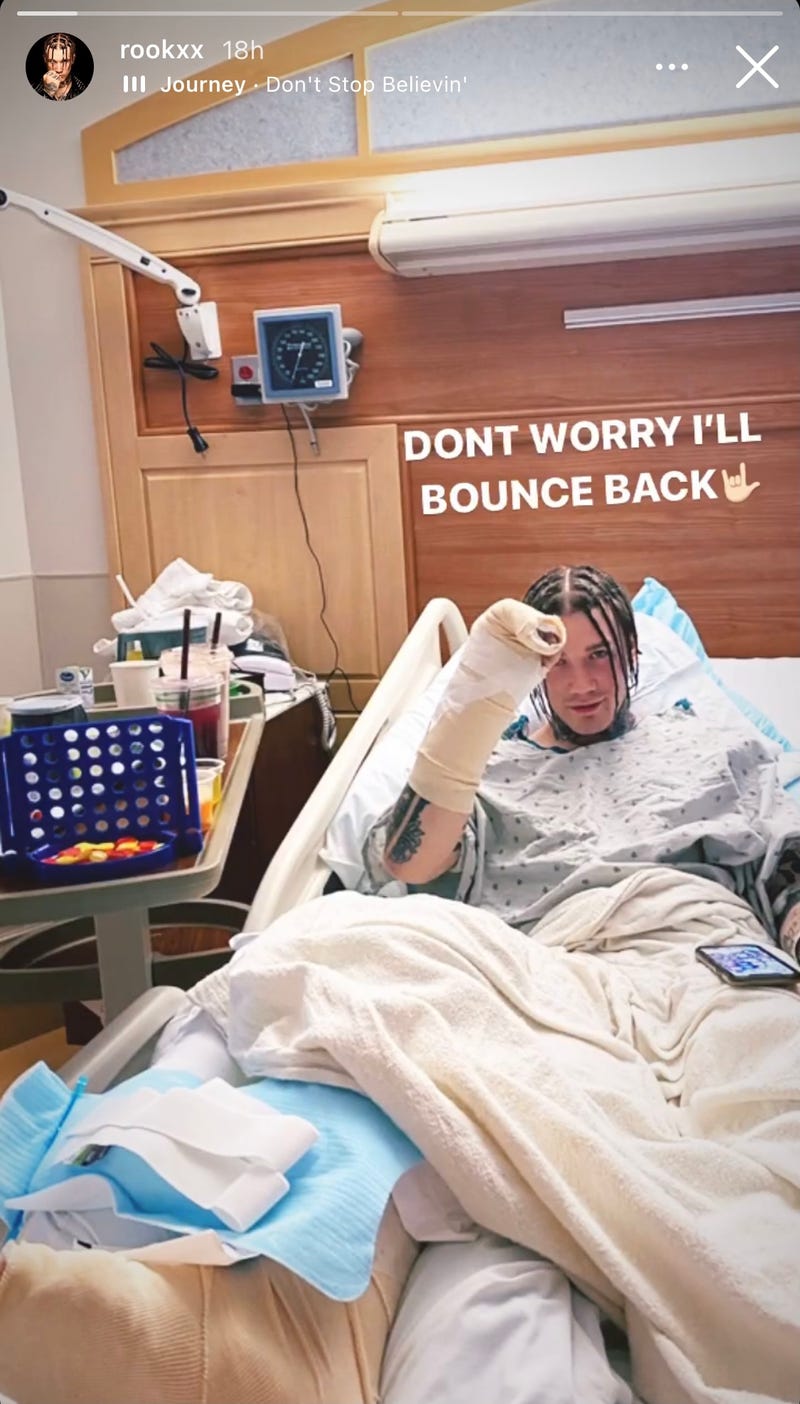 In the pic that followed, Rook showed off his bedside visitor who you’ll undoubtably recognize as MGK, if not for his face than for him flipping off the camera. 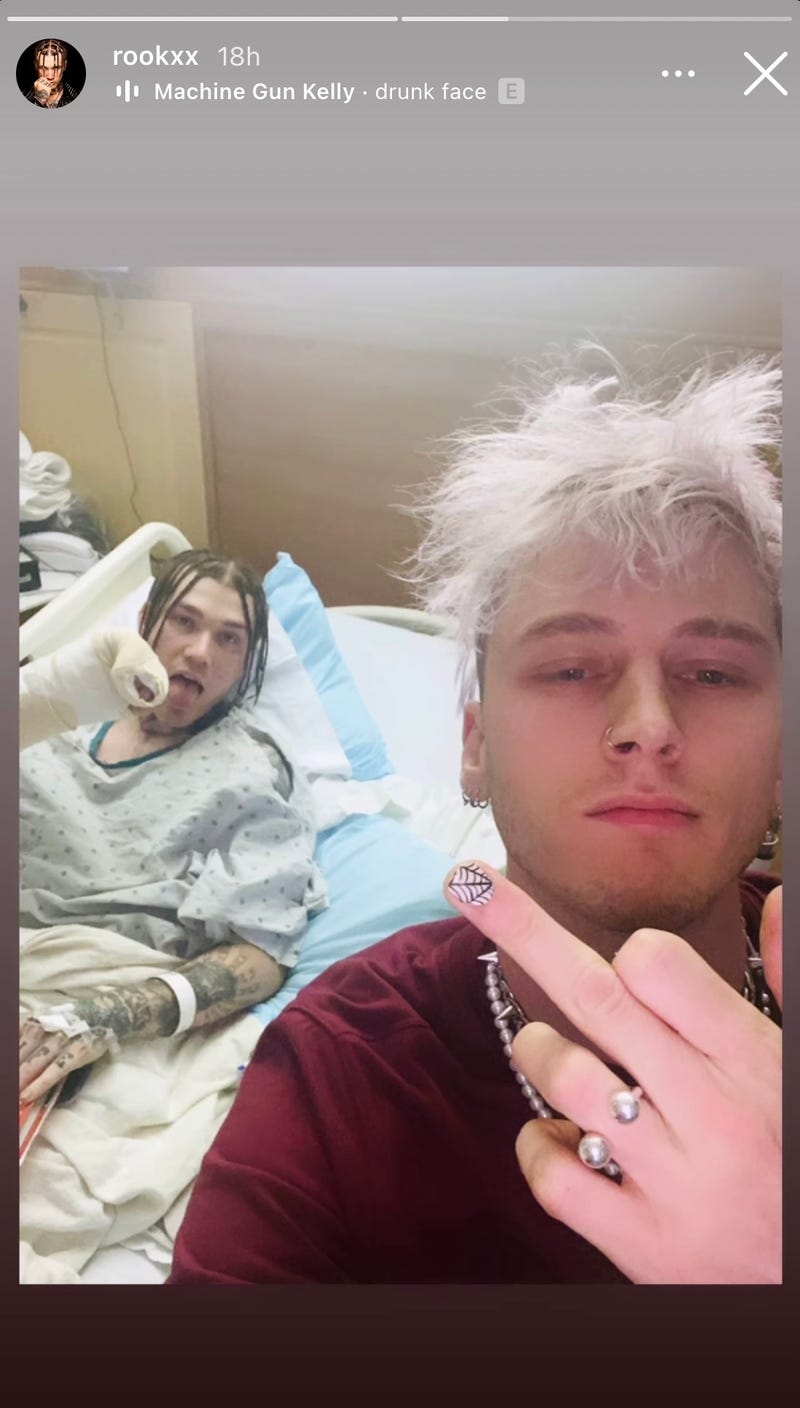 Rook and MGK go way back, as he’s been performing and touring with him since he was offered the drummer gig when he was a senior in high school. Since then he's accompanied the hip-hop turned pop-punk artist for it all, including his recent Saturday Night Live debut on January 30. Which after tearing through "My Ex's Best Friend" and “Lonely" from his buddy’s No.1 album Tickets to My Downfall, he made sure to humbly boast about on IG. Writing, "SATURDAY NIGHT LIVE! Dreams come true, but it ain’t an easy road."

Per TMZ, apparently Rook was “walking down a street in the Hollywood Hills on Tuesday around 8PM when two men jumped out of a vehicle and robbed him.” Law enforcement informed the publication that a physical altercation did ensue and that the drummer’s personal property to the tune of thousands of dollars was stolen. He was also reportedly hit by a car, which resulted in injuries to his foot and as you already knew, his arm.