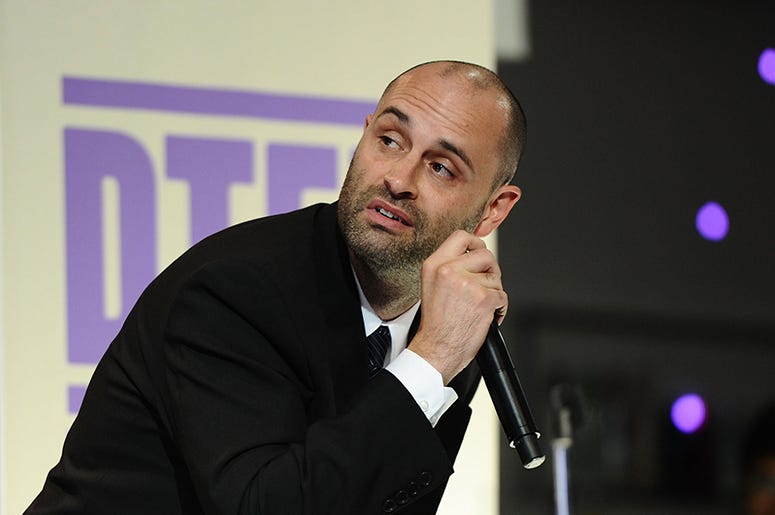 Stryker & Klein spoke with comedian Ted Alexandro this week to discuss his claim that Saturday Night Live stole a part of his comedy routine for their giant super bowl commercial this past weekend.

For his troubles, Alexandro is demanding a $1 million payment for using his content.

"But when your bit is the one that is the viral video of that week and gets sent around a lot," obviously it hit close to home for Ted.

For reference, here is the SNL sketch:

And here's Ted's bit, along with his response:

Dear @nbcsnl, since you stole my Zillow joke last night please Venmo me the sum of 1 million dollars. My full special Cut/Up is on youtube if you need more ideas. pic.twitter.com/pcU3CHMiJR

Calling into the show, Ted tells Stryker & Klein that he's still "awaiting both the million dollars and/or Lorne Michaels' pinky, that will suffice as well. As of now, no activity on the Venmo from that group."

"Strangely," he admits, "a lot of people have been Venmo-ing me money to show support, which is kind of funny. It's over $300 that's come in, like Bernie Sanders. It's all small donations, $27 or less," Ted laughed. "It's really nice that people have been responding, but not SNL as of yet."

Alexandro has been in the comedy game for about 27 years, has his own special, made all of the late-night rounds, and even performed on Letterman five times.

"The Zillow bit," he explains, "I did in 2019 and then I put it in my special in 2020. The specific thing that makes it curious to me -- a lot of people say, 'oh, well it's parallel thinking' or 'people have similar ideas' -- I work at the Comedy Cellar, that's my home club in New York City, and that's where a lot of SNL writers work... and they take other people's material."

Alexandro continued, "they have a history of, suddenly ideas other people have come up with show up on SNL and because it's such a behemoth, you don't really have any recourse... except to take to social media and demand a million dollars."

For Ted, the fact that so many people from fans to fellow comedians have reached out in support has given him some hope, and satisfaction. "People said they liked my version better."

"The fact that comedians have backed me shows that the community kind of knows what's up and a lot of people have kind of been victimized in similar ways," says Alexandro. "And a lot of people have stayed quiet about it. So, to me I was like, I'm not gonna sit back while, especially something that I put on my special -- which by the way people can watch my special, Cut Up, on YouTube for free -- but it's been there, like I said, since last year."