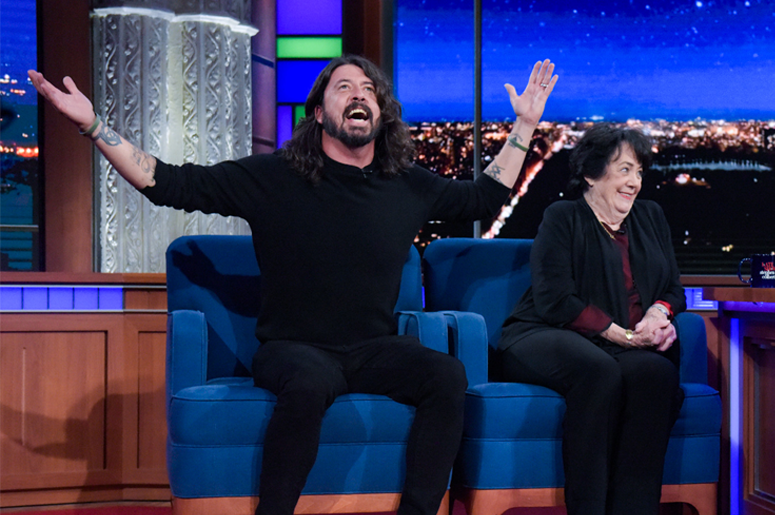 Back in 2017, Dave Grohl’s mother, Virginia Grohl released a book filled with stories about her and like moms who raised kids who were meant to rock, titled From Cradle to Stage: Stories from the Mothers Who Rocked and Raised Rock Stars. And surprise, surprise, now that book is being turned into a TV show.

Teaming up with her Foo Fighters frontman son, who is set to direct the special six-part series for the new Paramount+ streaming platform, Virginia's book features her own story as well as ones from the mothers of Dr. Dre, Amy Winehouse, Michael Stipe, and others. The series will also share tales of the special relationship between successful musicians and their moms. Each episode will feature Dave and Virginia alongside a famous performer and his or her mother, however those set to be features have yet to be announced, and for that matter neither has the premiere date.

The Cradle to Stage series, also in association with Live Nation Productions and Endeavor Content joins many other exciting music-centric shows, including returns of Yo! MTV Raps, and the previously announced Behind the Music.

As reported by Deadline, ViacomCBS exec Bruce Gilmer shared his excitement about what’s to come. "We are thrilled to re-invent some of our most storied and impactful music franchises, including Behind the Music and Yo! MTV Raps, for Paramount+,”  he said of the shows set to return. Adding, "We will partner with some of the biggest names across the music industry to bring exclusive and unique content to the platform, such as Dave Grohl's Cradle to Stage based on his mom's critically-acclaimed book, and many more to come.”

Don’t know about you, but we for one can’t wait for Cradle to Stage and to hear about those many more to come.