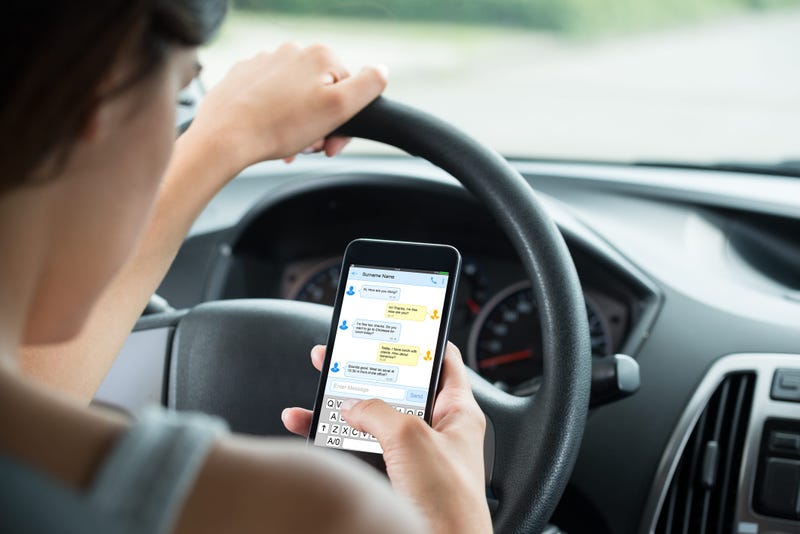 Accumulating points on your record is something that could eventually lead to you not being able to have a drivers license as the DMV can refuse to issue, or renew a license to a negligent driver. There are a number of violations that can result in points on your record for California drivers & the next one might be getting caught texting while driving. You'd be able to get the point removed by going to traffic school.

Getting Caught Texting While Driving May Lead To A Point On Your Record https://t.co/YyGT1UqTVm via @CBSSacramento pic.twitter.com/YjDQlyet4W

Southern California assemblyman Tom Daly's Assembly Bill 47 passed unanimously in the state senate and moves on to the next step, which a full assembly voye before it can go to the governor to be passed into law, or vetoed.

In 2016 56% of California drivers said that they had been hit, or nearly hit by drivers who were texting. In 2017 there were nearly 250,000 distracted driving offenses in California and 932 collisions - 31 of which were fatal.