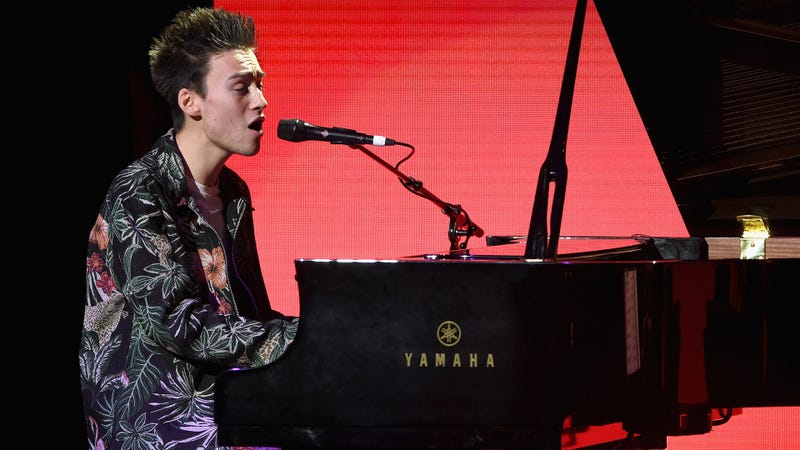 Jacob Collier may have raised some eyebrows when his name was included on the list of Album of the Year nominees at the 2021 GRAMMY Awards. If you’re familiar with Collier’s music, it didn’t come as a surprise. Here's why his standout album Djesse Vol. 3 should win Album of the Year.

Djesse Vol. 3 marks the third record in Collier’s Djesse series, a collection of four volumes he announced back in 2018. Like a lot of things Collier does, ambitious serves as an accurate description for his Djesse project.

The four-volume, 50-song collection serves as a representation of an entire day expressed through music. Djesse Vol. 1 describes pre-dawn daybreak, Djesse Vol. 2 represents the day, while Djesse Vol. 3 describes the evening and night.

"The way in which I conceived of the whole thing was not particularly based on genre, but based on space," Collier said in an August interview, which provides an apt description of the project’s sound. It’s not so much trying to blend different genres together, but to remove any barriers so that they’re effortlessly able to work alongside one another.

The album not only weaves sounds of R&B, Funk, EDM, Soul, Pop, and Jazz from track to track, it does so during individual songs.

This is especially present in the track “All I Need,” which features Mahalia and Ty Dolla $ign. The song starts off with a Funk/R&B groove before evolving into a synth-laden dance track. The two sounds alternate throughout the track, but works well enough to create this enhanced listening experience. “All I Need” has been nominated for Best R&B Performance at the 2021 GRAMMY Awards.

It showcases another one of Collier’s vast talents, his ability to build, and build, and build where a song contains so many different elements that magically connect with one another and work alongside each other in the space he’s created.

Will Jacob Collier be the one to take home Album of the Year at the 2021 GRAMMY Awards? Find out for yourself and watch the GRAMMYs on CBS, Sunday March 14, starting at 8PM ET.

news
Police: 8 dead in shooting at FedEx facility in Indianapolis
music
Dreaming of You: How Selena Quintanilla’s legacy has crossed over to new generations
sports
Nationals honor Asdrubal Cabrera with tribute video, then immediately spell his name wrong
<