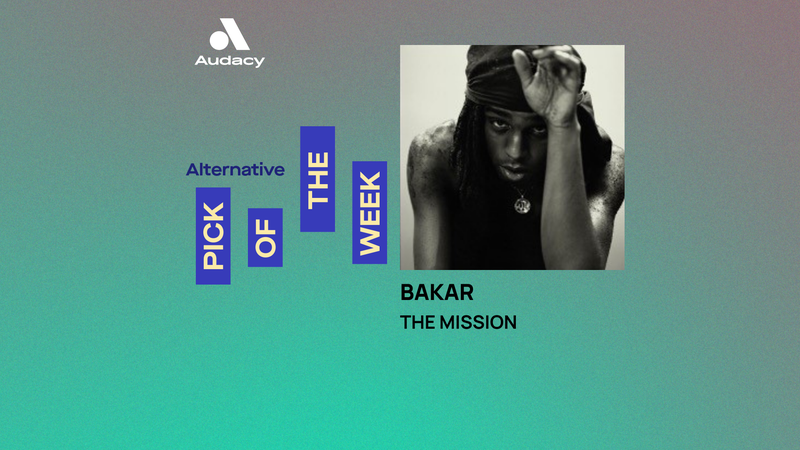 This week’s Audacy Alternative Pick of the Week is Bakar's "The Mission."

Acclaimed singer/songwriter Bakar’s "The Mission" is a true statement of intent from the north London artist, who is currently putting the finishing touches to his highly anticipated debut album. It heralds the start of a whole new era for Bakar. While 2018's acclaimed BadKid mixtape embodied the anger and rebellion of a wild punk kid, the intervening years of self-reflection have seen Bakar become increasingly connected to his own heritage and focused on cementing his future legacy. “The Mission” renders this vision perfectly ("All I want is my kids to have some nepotism, all I want is my world to have some repetition, call my unborn son and tell him that's the mission"). Produced by longtime collaborator Zach Nahome alongside SebastiAn, it's more emotional, expansive and ambitious than anything Bakar has done before.

“​​To me, the song is about the want and need for a better future, especially for 1st generation kids of immigrant backgrounds - telling our stories is so important. I’m trying to represent and reclaim my Islamic faith for a new progressive generation. This is ultimately about peace but so often our symbols and flags have been hijacked for the wrong purposes. I see what’s happening in Kabul this week and pray for the people there.”

Over the past two years, Bakar has seen his star quickly rise with the release of his late 2019 EP Will You Be My Yellow? and break-out hit “Hell n Back.” That single, along with 2020’s “1st Time” have gone on to find major success on the Alternative charts, while at the top of 2021 Bakar became the first artist since Lorde in 2014 to have their first two charting singles go to #1 on the Billboard AAA chat. He also collaborated with buzzing names like Dominic Fike, BENEE, Kenny Beats, and Lancey Foux, while being named one of NPR Slingshot's 2021 Artists To Watch.

The rising star will release his debut studio album this year.