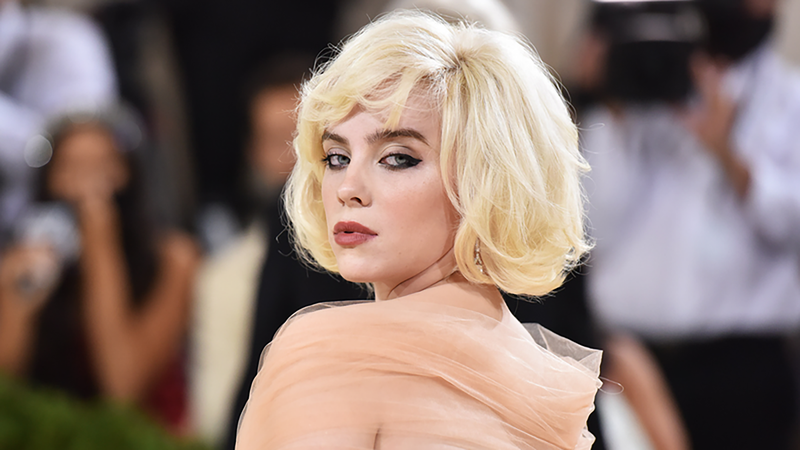 Though we undeniably love it, the internet can be a hateful and judgmental place. And while I’m sure we could all attest to that, we’re not a famous celebrity so we don’t loose 100k followers due to a matter of one single post. For one because we don’t even have 100K to loose, but mostly because the world isn’t watching our every move.

That however is not the case for Billie Eilish, who during her recent sit down with ELLE shared about losing that considerable amount of social media followers after she started sharing more of her body.

Though Eilish rose to fame sporting an oversized, baggy aesthetic, her intent was never to hide her body, but simply to deter it from being a distraction. However, lately Billie’s been exploring different styles including some more form-fitting looks. Which apparently isn’t sitting well with internet trolls who disapprove of the change.

Referring to that corseted photo series she posted on Instagram in July. As well as that British Vogue cover shoot and spread in which she slayed our souls sporting a handful of pin-up corseted lingerie looks. Billie’s newfound style stated that she was done with playing by anyone else’s rules for how she should dress. Sadly, at least 100K people didn’t agree.

“People hold on to these memories and have an attachment. But it’s very dehumanizing," Eilish told ELLE, “I lost 100,000 followers, just because of the boobs. People are scared of big boobs.”

But guess what y’all Billie’s calling the shots. Despite those who protest, Billie doesn’t care and continues to wear whatever the $%! she wants, whether it’s baggy, tight fitting, sheer, or oversize patterns. Since then, Billie has continued to experiment, most notably at the recent Met Gala.