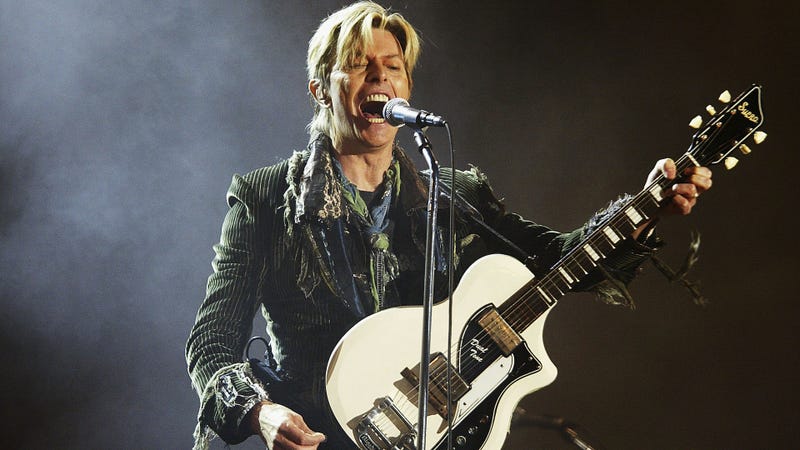 David Bowie would have turned 75 years old on January 8, 2022 and two pop up shops are set to open up to celebrate the life of the iconic musician.

The David Bowie estate announced the Bowie 75 campaign, an experience that celebrates all things Bowie.

Two pop up shops are set to open up exactly 75 days before Bowie’s 75th birthday and will stay open through late January 2022. The location of the shops, one in London and one in New York, both hold significance to Bowie.

The London shop, located at 14 Heddon Street, is where the photo shoot from Bowie's 1972 album The Rise and Fall of Ziggy Stardust and the Spiders From Mars took place. The New York location at 150 Wooster St. is just "steps away" from Bowie's longtime downtown neighborhood.

Each shop will allow visitors to immerse themselves in Bowie’s music and art through 360 Reality Audio and HD video screening rooms using Sony's spatial sound tech. Fans will be able to consume hours of video content that include previously unseen behind-the-scenes material and rare footage from the Heathen (2002) and Reality (2003) eras.

Additionally, anyone visiting the shop will be able to purchase a wide-variety of Bowie goods including limited-edition releases of exclusive merchandise, collectibles and limited-run CD/LPs, and even the opportunity to digitally slip into some of his iconic costumes and set pieces.

You can find out more information about Bowie 75 here.