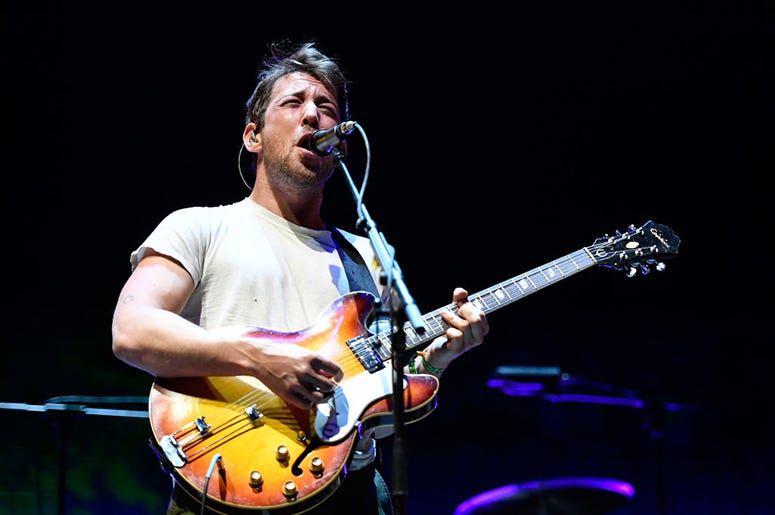 Back in 2015, music fans may remember a notable quote from rising star Post Malone: “If you don’t like Fleet Foxes, then f*** you,” he said in all seriousness.

He followed up that bold statement later on saying they are the only band he loves "every single song of." Since then he's been sure to let his followers know when new offerings from the band arrive and even worked with former Fleet Foxes drummer Joshua Tillman (Father John Misty) on his Hollywood's Bleeding record.

but back to what i said last night. fleet foxes is the only group that i love every single song of.

Malone's love affair with the band continued again last year, with this timeless clip of him singing their song "The Shrine/An Argument" in his home.

Joining RADIO.COM's New Arrivals show this week was Fleet Foxes frontman Robin Pecknold who explained how he and Posty wanted to work on a feature for the band's new album, but their schedules just simply didn't end up aligning.

"He'll text me every once in a while and it's always a really fun thing to receive," says Robin. "To have that pop up in my iMessages, it always feels like a glitch in the Matrix or something."

"He came by the studio for one day while we were working in L.A. and listened to stuff and was super supportive," Pecknold continued. "We didn't get together in time because I wanted to get the album out quickly, but I did ask him to be on it. He was down but we just didn't end up having time."

"He's a super sweet guy, he's a real gentleman, and he's probably the best melody writer in the business right now. I think," says Robin, "and by some glitch in the Matrix we have a casual friendship."

Listen to the full conversation about the band's new album Shore below, where Robin also breaks down some of his favorite Post Malone songs.

RADIO.COM's New Arrivals is your destination for what's next in the Alternative landscape. Pairing new music from the artists who define today's sound against tomorrow's voices, on a given night listeners can expect not only first plays and premieres from future favorites, but also exclusive interviews with among the most prestigious of the genre's talents. Early guests include Kevin Parker of Tame Impala, Damon Albarn, 100 Gecs, Phoebe Bridgers, Robin Pecknold of Fleet Foxes, Romy of The xx, James Blake, and more.

Airing Sunday nights at 10PM ET (midnight, Los Angeles) the program is hosted by Bryce and is available on all your favorite RADIO.COM Alternative stations.