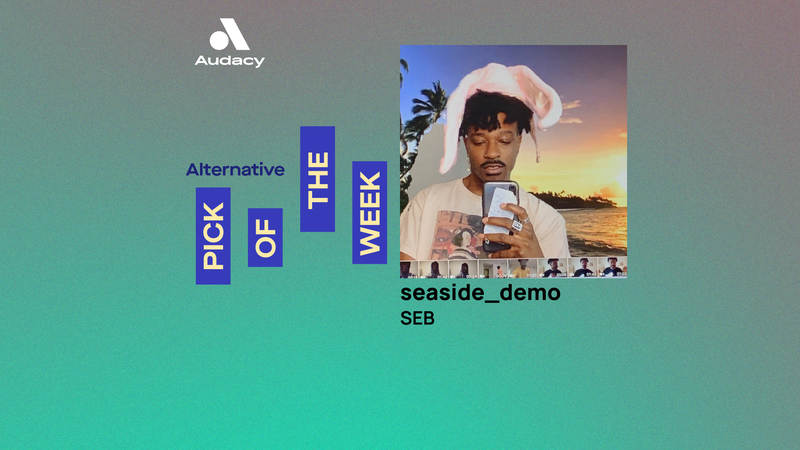 This week’s Audacy Alternative Pick of the Week is SEB's "seaside_demo."

Growing up in Chicago –after hopping between New York, Haiti, Oklahoma, and Miami – SEB has come a long way from freestyling over beats ripped from YouTube with his middle school rap group. Returning to New York for college, he interned at the iconic Electric Lady Studios where brief brushes with artistic giants spurred SEB on to seriously consider his artist project and make the move to LA. Firmly in his own lane, SEB is inspired by emotionally charged songwriters like Kurt Cobain and Joni Mitchell, and other boundary-breaking artists like Tyler the Creator, Kid Cudi, and Grimes. In a recent interview with Spindle Magazine, SEB explained “the fact that I’m black makes it hard for people to just call my music pop.” Adding “the whole point of my artist’s existence, right now, is fighting for the idea that a single black artist, who can write and produce their own music, can stand right next to a Taylor Swift or Harry Styles.” Since releasing debut single “Boys Don’t Cry” in 2020, SEB has been connecting with fans worldwide and garnering critical acclaim from tastemakers in the UK, US, Europe, and beyond. With his debut EP IT’S OKAY, WE’RE DREAMING slated for release this summer (July 30th), lead singles “Coney Island” and “THEY DON’T LIKE ME”. The EP is set to explore some of SEB’s darkest truths as he questions how the past shapes who he is today –complete with an enthralling visual world inspired by cult movies Gummo and Donnie Darko.