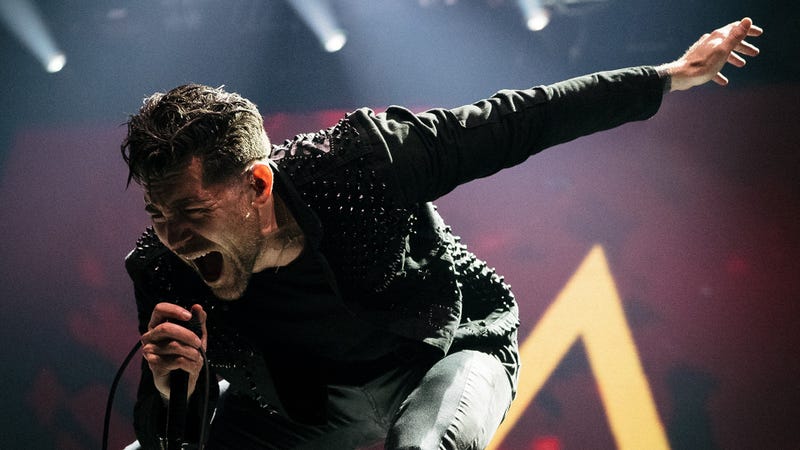 You know him from his musical projects that lean on the darker side of the spectrum, and now you can count Davey Havok as our latest station curator, offering fans an exclusive look into the creative mind behind fan-favorites like AFI's "Miss Murder," and Blaqk Audio's "Stiff Kittens," to name just a few.

Creatures of the night... gather! With new music from Blaqk Audio arriving recently after a short break -- during which time his other main project, AFI, had dropped a number of singles including 2021's "Looking Tragic" -- it's time to peel through the crates to get a more complete look at frontman Davey Havok's many influences.

Press play above to hear songs hand-picked by Davey himself, including personal faves from classic artists like David Bowie, Roxy Music, Brian Eno, Depeche Mode, Bauhaus, and Peter Gabriel, plus some choice cuts from Siouxsie & the Banshees, The Cure, Nick Cave, The Sisters of Mercy, and many more. It’s like flipping through your favorite artist’s vinyl collection, all in one place, only on Audacy!

While you're in the mood, browse and favorite even more of your favorite music on Audacy's New Wave Mix Tape, IndustriALT, '80s Underground, '90s and Chill, Alterna 00s, Alt Now, Rockternative, Drivin' Alt, and ALT Roots stations -- plus check out our talent-hosted Kevan Kenney's Music Discovery, Megan Holiday's My So Called '90s Playlist, and Scott Lowe on the Go's Post Modern Music Box!