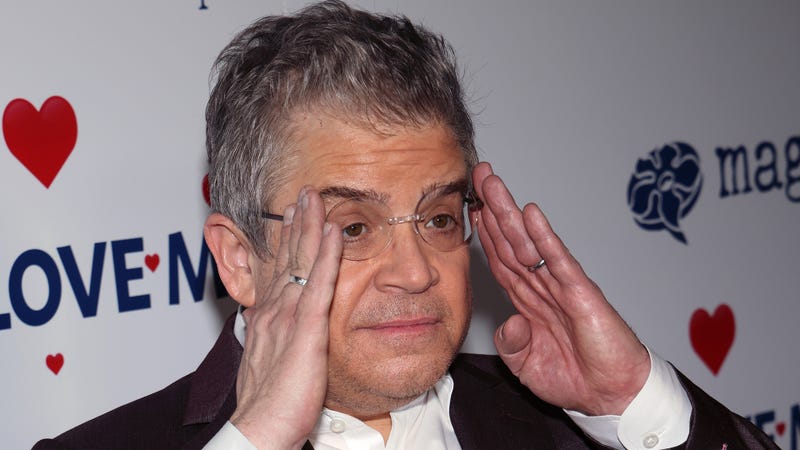 We all have stories about the crazy days that we experience, sure some more than others. But whether or not that day in question involves the Planters Peanut Mobile may say something about your personality that could have gone unchecked otherwise. Enter comedian Patton Oswalt...

LISTEN NOW: Bullseye with Jesse Thorn: Patton Oswalt on the Craziest Day of his Entire Career

The Craziest Day of My Entire Career is a segment on the Bullseye with Jesse Thorn podcast that gives listeners a chance to dive into the weirdest workdays that some of our favorite people have experienced... so far.

This time, Jesse is joined by Emmy and GRAMMY award-winning comedian and actor Patton Oswalt who, aside from his stand-up, you certainly know as the voice of "Remy" in Disney/Pixar's Ratatouille. Asked about the craziest day of his entire career, the experience was still at the front of his mind, remembering way back to just days ago when he declined a free ride in the Planters Peanut Mobile, only to be party to an intense, harrowing road rage battle.

"Weird that they asked me to do this," Patton says. "I thought I would have a huge canvas of experiences of which to pull from, and I've had some crazy days, but four days ago a day happened that completely steamrollered all of them." Explaining that he had to travel between New York and New Jersey to perform, leaving at noon to make his way across the river. After being picked up by his driver, "he cuts off and bumps into a moped," adding there was a "huge, bulky, muscular, bald, bearded guy" driving. Patton had already pinned his driver as a "zen, polite" guy, and knew he was at fault in the situation. That was until he "explodes" on the moped guy, screaming that he was in the wrong. "Before the moped guy can respond, my driver screeches around the corner," thinking he's the victor. Around the corner, traffic is stopped... "ten feet away from the moped guy he just screamed at." After a slow walk, the moped driver reiterated that he was not at fault, then punches off the side view mirror, and adds two more punches to the car "for emphasis."

A small scuffle ensued on the street, resulting in Patton's driver getting dragged down the road by the moped driver. With traffic stopped around them and everyone honking, the driver got back in the car and calmly looks back at Patton and says, "What was that all about?"

Assuming the driver's point of view was that of, once he's out of the car he's off the clock, Patton simply removed himself from the situation by listening to Tibetan chimes, "while my driver who is a psycho," completed the trip.

What does any of this have to do with the Planters Peanut Mobile? Well, The official Planters NUTmobile account sent a misspelled message to Parton Oswalt on Instagram, two hours before he got into the psycho car, offering him a ride to New Jersey. He wrote back declining, thinking that he would be uncomfortable and end up on the side of the NJ Turnpike taking photos. Instead, he paid for a ride from a maniac who beat up a moped driver.

"When I was alone in that car, this is my actual thought," Patton says, "I turned around in my passenger seat... looking out the back of the car looking at my driver being dragged down 6th Avenue, I actually muttered out loud, 'f***ing Peanut Mobile. Why didn't I take the Peanut Mobile?'"

Oswalt stars in the new film I Love My Dad, playing the role of a hopelessly estranged father who catfishes his son by impersonating a waitress in an attempt to reconnect. Check out the official trailer below.

Listen to the full episode with Patton Oswalt -- now streaming on Audacy -- and follow along with Bullseye from NPR, your curated guide to culture, as Jesse Thorn hosts in-depth interviews with brilliant creators, culture picks from your favorite critics, and irreverent original comedy. Bullseye has been featured in Time, The New York Times, GQ, and McSweeney's, which called it "the kind of show people listen to in a more perfect world." (Formerly known as The Sound of Young America.)

Listen to your favorite podcasts and tons of your favorite music on Audacy's all-new stations like Conscious Hip Hop, Let's Get Social, K-Bops, Don't Metal In My Affairs, Collabornation, Audacy New Country, Wake Up and Rock and ALT Roots -- plus check out our talent-hosted Ed Lover's Timeless Throwback and Kevan Kenney's Music Discovery!