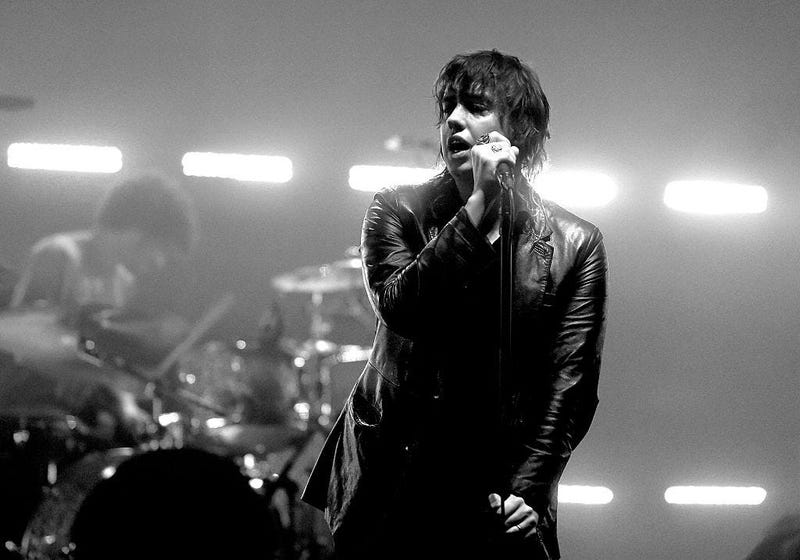 It's officially official, a new album from The Strokes is not only imminent, it now has a title and a release date.  April 19th will see the release of the group's 6th LP, 'The New Abnormal', which stands as their first in 7 years, following 2013's 'Comedown Machine'.

Recorded at Shangri-La studios in Malibu and produced by Rick Rubin, the 9 track offering has already wielded several live debuts, both at the group's Barclays Center New Years Eve show and more recently earlier this week when they took the stage in New Hampshire on Monday night at a campaign rally supporting Democratic Presidential hopeful, Bernie Sanders.

Today gives us our first proper listen to one of the album's tracks however, the wonderfully melancholic "At The Door", which finds the boys trading in much of their signature down strumming for a bath of analog synth dreariness.  The tune also comes fitted with an immensely high production animated video which majorly invokes the aesthetics of 70's sci-fi cult favorite, Heavy Metal.

Additionally, the band have lined up several US dates ahead of the release, if you feel like heading to the West Coast, with stops in Seattle and LA currently on the docket.  Check out the aforementioned video, alongside the full tracklist and album art, below.

The New Abnormal Tracklist:01. The Adults Are Talking02. Selfless03. Brooklyn Bridge To Chorus04. Bad Decisions05. Eternal Summer06. At The Door07. Why Are Sundays So Depressing08. Not The Same Anymore09. Ode To The Mets