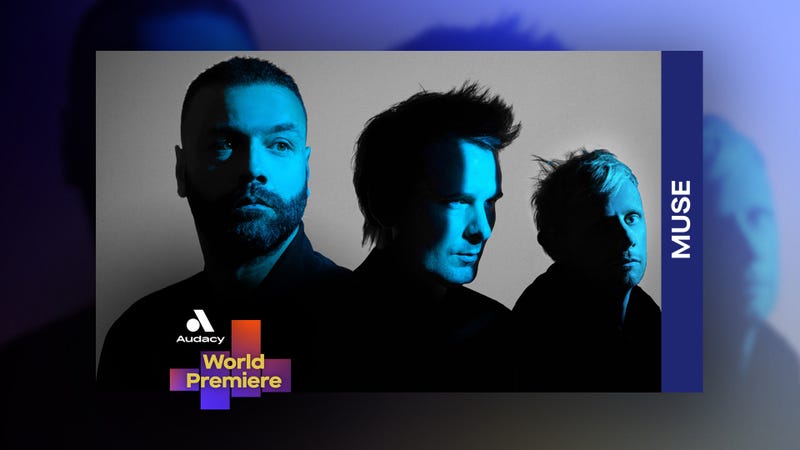 Do some stretches, this one's a neck-breaker. Muse has officially entered 2022 with their blistering new single, "WON'T STAND DOWN," as well as a new music video to go along. Hear it all day today on your favorite Audacy Alternative stations!

Listen to your favorite music now on Audacy curated for fans, by fans like Muse Radio, and more!

"It's been a long time coming. Who's ready for some new music?" the band asked into the ether just before release day (Jan. 13) -- and the response was overwhelming. New Muse is what we need... Now!

"I suppose it's about not being manipulated by anyone or thing," says drummer Dominic Howard. "Standing up to any emotional adversity we may face. So it's really got a message of strength, which I like, and finding strength."

WATCH MORE: Dominic Howard on the making of "WON'T STAND DOWN"

"It's also one of the heaviest songs we've done for a very long time," Howard admits, and for those fans who caught the band's headbanging IG Live teaser, that's no exaggeration. "I think it sounds pretty awesome... it definitely smacks and it's gonna be exciting to play live... in the summertime."

Dominic says the song came together simply by jamming on a riff in the studio catching all of the members' ears. "We definitely wanted to do something heavy with this track. The riff led into the chorus quite nicely." Recognizing that the song needed a bridge (or middle 8), he proposed, "'why don't we just go metal and give me an excuse to try and use my double bass drum pedal?' Once we had that, the song kind of all joined up and flowed well, and we thought it sounded great."

Check out the official video for the new Muse single "WON'T STAND DOWN" above, and hear it playing all day today on your favorite Audacy Alternative stations.