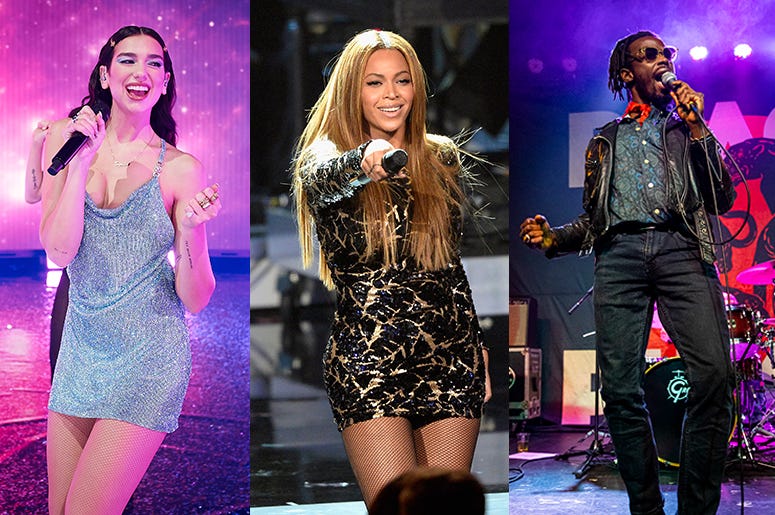 It’s been a long road, but music’s biggest night is finally here.

The 2021 GRAMMY Awards were initially postponed due to COVID-19 concerns, but a new date has been set and the show will go on. Now, the fun begins.

The GRAMMY awards are known for their fierce competition amongst nominees and this year is no exception. This is especially evident in the prestigious Record of the Year category which has eight artists all deserving of the award.

As one of the “big four” awards the GRAMMYs give out, the Record of the Year honors all individuals that were involved in the recording of the nominated song. This includes artists, producers, recording engineers, mixing engineers, and mastering engineers.

With the GRAMMY Awards just days away, we want to hear from you. Take a look at all the nominees for Record of the Year and cast your vote for who you think should win below.

Beyoncé surprised fans with the release of “Black Parade” on Juneteenth shortly after she launched an initiative supporting Black-owned businesses. The song’s lyrics highlight Black history and Beyoncé’s own history all while providing an uplifting celebration of Black culture. “Black Parade” is the most nominated song at this year’s GRAMMY Awards.

The Austin based band’s profile has been on a sky-high trajectory ever since they were nominated for Best New Artist at the 2020 GRAMMY Awards. “Colors” showcases what made music fans fall in love with the band in the first place as it effortlessly blends psychedelia, blues, funk, and soul to create a song we can’t help but sing along with. The Black Pumas are up for three GRAMMYs this year.

Certified as the official “Song of the Summer 2020,” the DaBaby and Roddy Ricch mega-hit spent a total of 13 out of 15 weeks at the top spot on Billboard’s song of the summer chart. The song has three total GRAMMY nominations this year including Best Melodic Rap Performance and Best Rap Song.

Doja Cat had us all dancing when she released her 70’s funk/disco throwback hit “Say So.” The song gained immense popularity after a dance was made on TikTok and has remained a chart-topper ever since. Back in May, Doja Cat released a remixed version of the song featuring Nicki Minaj that went on to go number one on Billboard’s Top 100 chart.

Billie Eilish - Everything I Wanted

Billie’s ode to her brother FINNEAS serves as a beautiful tribute to the strength of their relationship with one another. The downtempo minimalist track was another success for Billie as it received three GRAMMY nominations including Song of the Year and Best Pop Solo Performance.

Dua’s highly-danceable track has been around for some time having been released on October 31, 2019 and has taken home several awards already including Favorite Pop/Rock Song at the 2020 American Music Awards. On the charts, “Don’t Start Now” marked her highest-charting single to date as it reached the number two spot on the Billboard Hot 100 chart and has spent more than a year there. Aside from Record of the Year, the song is up for Song of the Year and Best Pop Solo Performance.

Post Malone set several records with this GRAMMY nominated song. In May 2020, it broke the record for most weeks spent on the Billboard Hot 100’s top 10 at 34 weeks and had a total of 39 weeks inside the top 10. Additionally, the track also became the first song to spend 30 weeks in the top 10 of Billboard’s Mainstream Top 40 radio airplay chart. Aside from Record of the Year, “Circles” is also up for Song of the Year at this year’s GRAMMYs.

Megan’s popularity exploded into another stratosphere with the release of the “Savage” remix featuring Beyoncé. The remix reached number one on the Billboard Hot 100 chart, making it the first time Megan reached the top spot in her career. Additionally, the song topped Billboard’s Hot Rap Songs chart marking another first for Megan. Aside from Record of the Year, “Savage” is up for the Best Rap Performance and Best Rap Song awards at the GRAMMYs.