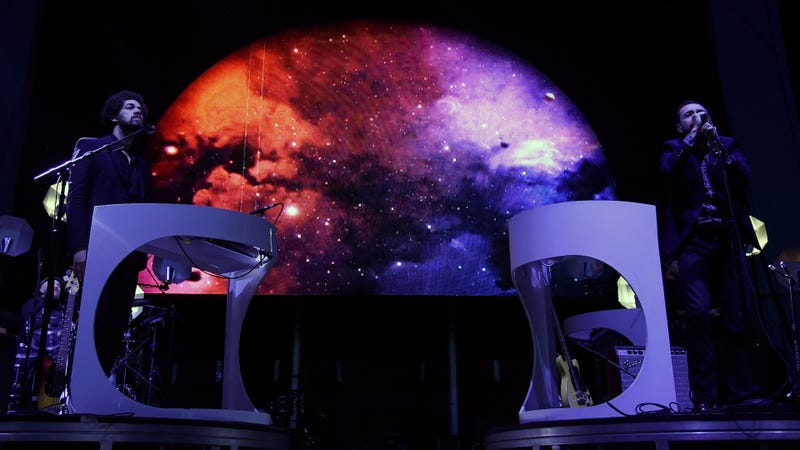 It’s been a minute since we last heard from Broken Bells so let’s check in on them… Hey look at that, they’re back!

Broken Bells dropped a brand new track called “We’re Not In Orbit Yet…” and it will reportedly come from their first new album in eight years.

The duo, made up of James Mercer from The Shins and Danger Mouse, announced that the song will be a part of their upcoming album Into the Blue. As of writing, no release date has been announced.

Broken Bells last released an album in 2014 with their record After the Disco. Since that time, they’ve released two singles with their most recent coming in 2019 with the track “Good Luck.” Listen to “We’re Not In Orbit Yet…” below as it’s filled with atmospheric synths, a groovy bass line, and other out-of-this-world soundscapes.

If you’re looking for the best new music releases of the week, be sure to check out Audacy All New, a station dedicated to the latest of the latest.

Each week, we scour the soundscape to bring together a playlist of the hottest new tracks spanning Rock, Hip Hop, Pop, Alternative, and Country.