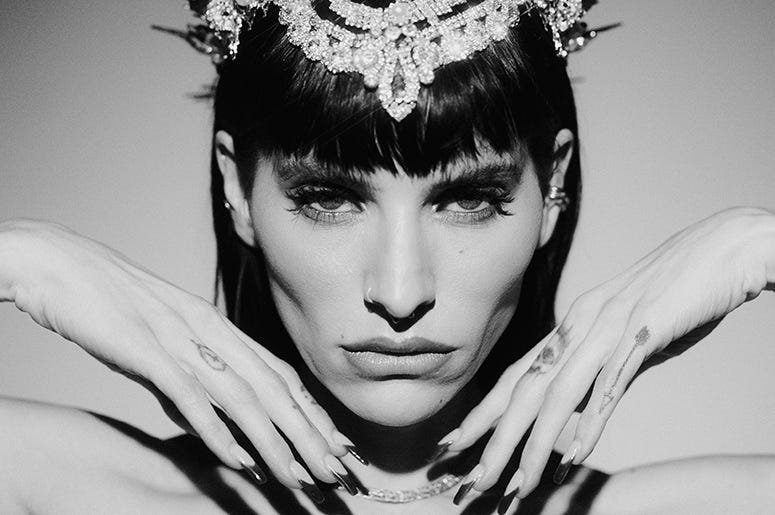 Joining Emo Nite host Morgan Freed this week is the former frontwoman for Automatic Loveletter, Juliet Simms, best known now as Lilith Czar, who dropped by to talk reinvention and much more.

Czar made her mark on the scene during her repeat Warped Tour appearances thanks to founder and friend Kevin Lyman who took interest in her music early on.

Taking what she's learned and the fans she's built over the years into a new project and persona, she says "I feel like it's a long time coming." Lilith tells Morgan, "I feel like the transformation has actually started to take place without me really being conscious of it... it's almost like this cosmic force was guiding me in a certain direction. In 2020... we all had the time to sit and stop and really capitalize on that time," she explains. For Czar, she took that time to "look inwards and decide what I wanted to be for the rest of my life."

"Finding this character," she says, "everything I have experienced throughout my life and my career has built this persona and has built 'Lilith.'"

In the age of the pandemic, it's almost impossible for artists to create without their work taking somewhat of a darker turn. "When I came up with the story of Lilith Czar, I started writing a lot of poems about her origin story and who she is, where she comes from, where she was reborn," she explains. "I just started kind of building this world based around Lilith."

"Again, when I say 'cosmic force' -- [when] I go back and listen to songs pre-pandemic, that's why I say I've been being guided. Because the music is the story already, before I even knew that I was building the story."

"Lilith stands for female empowerment, and voicing the outcry -- and this stance of 'I won't tolerate subjugation anymore, and I won't be the lesser sex."