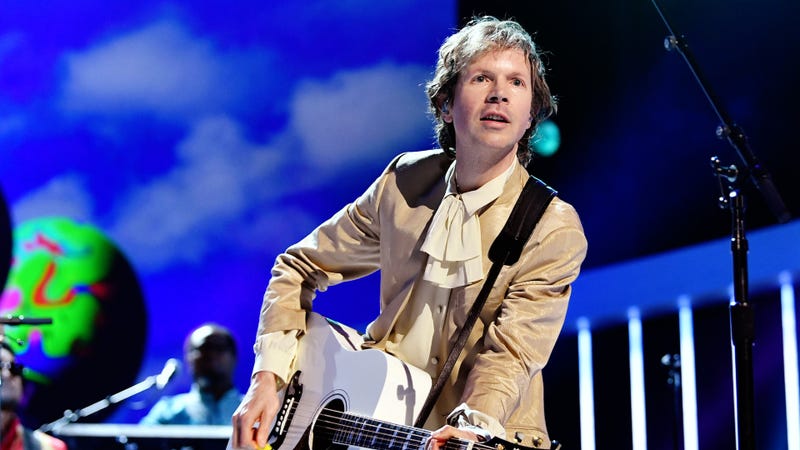 There’s not many places where you can find Alternative, Hip Hop, Folk, Country, Blues, Psychedelic Rock, Soul, Jazz, and Rock on the same record. When Beck dropped Odelay in 1994, he gave all those sounds a home. 25 years later, it sounds as fresh as ever.

Beck had a bit of a weird timeline leading up to the release of Odelay. In 1993, he signed a recording contract with Geffen, who helped put out his breakthrough 1994 record Mellow Gold.

At the time, his contract gave him an unusual level of creative freedom, which allowed him to have an independent release of his 1994 folk record One Foot in the Grave. While One Foot in the Grave went on to become a cult hit amongst Beck fans, it was Mellow Gold that finally gave him his breakthrough thanks to the hit single “Loser.”

Beck didn’t waste much time as he got to work on the follow up to Mellow Gold in 1994. The recording sessions initially followed his previous Folk work and were primarily acoustic based songs. While Beck did experience immense success with Mellow Gold, he also faced the pressure of proving he wasn’t a one-hit-wonder.

When it came time to record the album, he was connected with The Dust Brothers, a production duo whose sampling and Hip Hop roots fell in line with Beck’s vision of his next album. On June 18, 1996, Beck released Odelay and proved his critics wrong. He had a full-blown hit record on his hands.

The record produced several tracks including “Devils Haircut,” “The New Pollution,” and “Where It’s At” that have gone on to become some of Beck’s most famous songs. At the 1997 GRAMMY Awards, Odelay received a nomination for Album of the Year and ended up winning an award for Best Alternative Music Album. Additionally, “Where It’s At” gave Beck a GRAMMY for Best Male Rock Vocal Performance.

To this day, Odelay remains a standout album that belongs on any list of records that define the 90s. Front to back, it remains an excellent listen as its genre-bending from song-to-song continues to keep listeners on their tours.

The record also helped establish Beck as a full blown superstar. Since that time, his records have been met with high-anticipation as Beck continues to push the limits on what music can be.