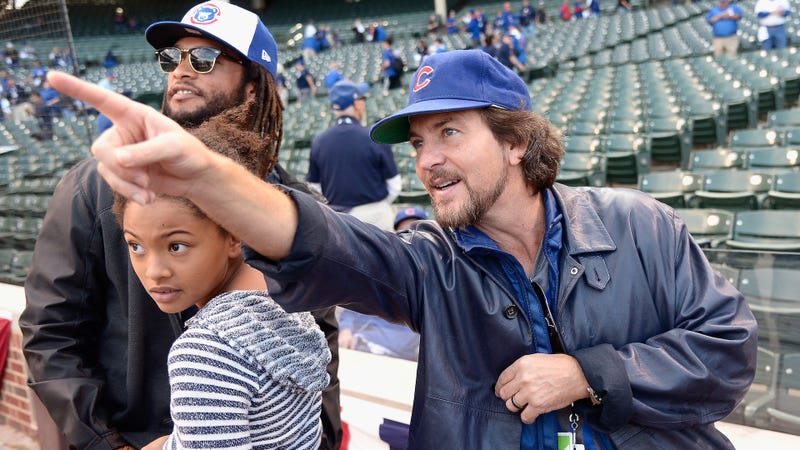 Bottom of the ninth, bases loaded, stepping up to the plate is…. Eddie Vedder?

The Pearl Jam frontman’s love of baseball has been well documented already and in pre-COVID times you’d be just as likely to catch him at a ballpark and on a stage playing music. 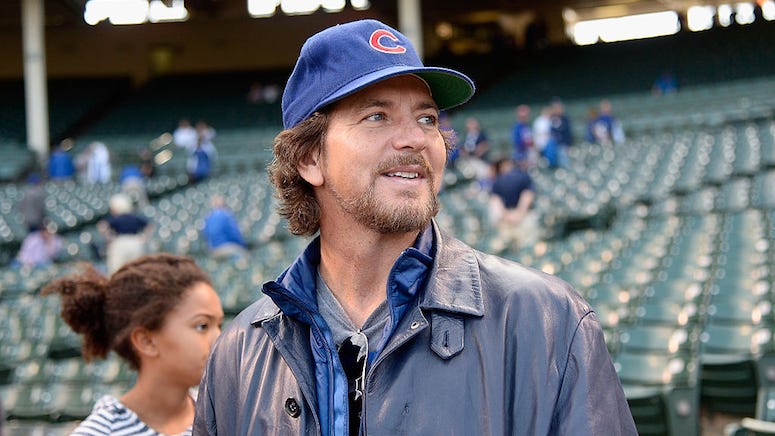 The Chicago Cubs mega-fan was a recent guest on The Artist and the Athlete podcast and was asked what song he would choose to be his walk up song if he ever got the chance to step up to the plate.

“This song called ‘Give Me the Cure’ by Fugazi,” Vedder said. “There’s certain songs that — just the sound of them is like a drug. So that’s what I would use. One of those songs that affects me like a drug.”

The song comes from Fugazi’s 1987 self-titled debut EP and we could certainly see why Vedder would choose the song. With an extended build up that bursts through to a rocking climax about halfway through, it’s a great song that’ll get your adrenaline flowing.