While Cohen played the character in both the 2006 film “Borat: Cultural Learnings of America for Make Benefit Glorious Nation of Kazakhstan” and its 2020 sequel, “Borat Subsequent Moviefilm,” the actor revealed he will will no longer reprise the role because it is just too treacherous to film the mockumentaries.

"It got too dangerous," Baron Cohen told Entertainment Tonight. "There were a couple of times I had to put on a bulletproof vest to go and shoot a scene, and you don't want to do that too many times in your life. I was pretty lucky to get out this time, so no, I'm not doing it again. I'm going to stay with the scripted stuff."

In “Borat Subsequent Moviefilm,” Baron Cohen wore a bulletproof vest to film at a far-right, anti-lockdown rally. The 49-year-old elaborated how stressful it is to film a scene thinkinging you could actually get shot.

"The night before something like that -- that rally -- you're trying to go through everything that can go wrong,” he added. “In a normal scene like what we're doing, we're trying to make sure, 'How do I make sure my performance is real? Have I done my research? How do I make sure the accent's perfect?' In this one you're going, 'OK, if a bunch of guys with guns come from that side of the stage, have I got a way to get out? What happens if someone shoots me? What if a bunch of people start shooting me?'" 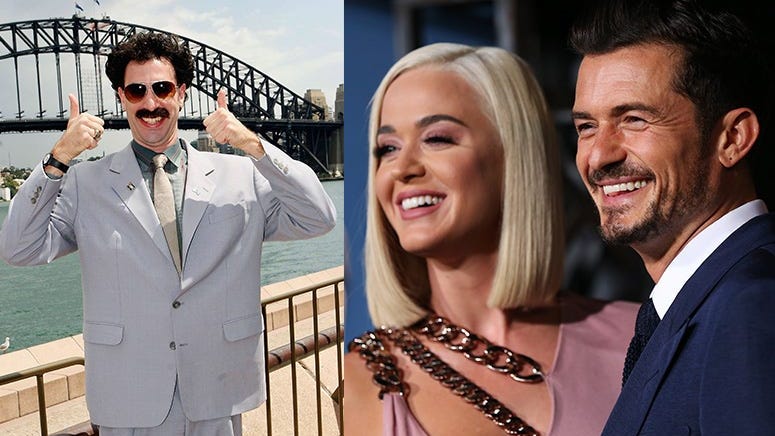 The English actor continued: "The idea was the bulletproof vest would be able to take a couple of bullets, but if a bunch of people started shooting, I would jump behind this kind of big speaker... Yeah, I don't want to do it again. I got away with it. I'm not pushing my luck again."

Before hanging up the grey suit and mankini for good, “Borat Subsequent Moviefilm” is up for three Golden Globe awards on Sunday, including best film, actor (Baron Cohen) and actress (Maria Bakalova).