With her hit "Moral of the Story" firmly cemented in playlists spanning just about every genre you can name, Ashlyn Rae Willson is ready to follow up that success with a new single at the beginning of March.

Aside from celebrating a huge milestone this week -- "ONE MILLION ON THE TOK," as she put it in an adorable Twitter announcement -- Ashe is also gearing up for the release of a brand new track with her "Moral of the Story" co-writer and producer FINNEAS on March 2.

Ashe joined RADIO.COM’s Julia to give us some insight on her upcoming projects, plus speaks to how she’s taken in the success of “Moral of the Story.”

The singer tells us she’ll never get over how many people adore the 2019 track, and although she may be moving on to new projects she still gets excited when new fans discover the song.

“I love ‘Moral of the Story.’ I’m really proud of that song and I think that it’s such a good testament for artists to only put out music that you love because if it happens to go, you’re going to have to play it thirty years from now on your reunion tour,” shares Willson.

Looking ahead, Ashe’s next release, which boasts collaboration from FINNEAS, “is like a friendship, love song,” the singer muses. She continues, “its feels-y, you’re in your feels, I don’t know if you’re crying, I’m crying.”

Ashe offers up the advice, “only do duets with your friends, because you have to do so much stuff with them,” implying that this new record was not only an act of emotional labor but also technical labor as well.

FINNEAS and Ashe have sustained a friendship for many years, so it was in due time that the two artists came together for a record. The California native tells us, “The bulk of the song was written the day before we were ordered to go into quarantine.” Ashe and her producer went into the studio and wrote most of the song right before the world shifted into full pandemic mode, however, the songstress always had FINNEAS in mind for the track.

The upcoming work “is a really special love song that’s not about a romantic love,” notes Ashe. She continues, “I think it can be, it can be interpreted in a lot of different ways, I think the best songs can be.” Without even knowing it Ashe’s management team sent the song to FINNEAS and shortly thereafter he texted Ashe sharing that he was already working on his second verse for the song.

Additionally, Ashe has an album arriving soon. While the artist cannot divulge much about her debut album she tells us two things; one, she loves it, and two, “it's close!” However, visually the artist tells us the album is very much “Salvador Dalí meets Quentin Tarantino…. we’re still fine-tuning that imagery.”

In the meantime, we’ll be on the edge of our seats waiting for the arrival of Ashe’s next body of work. 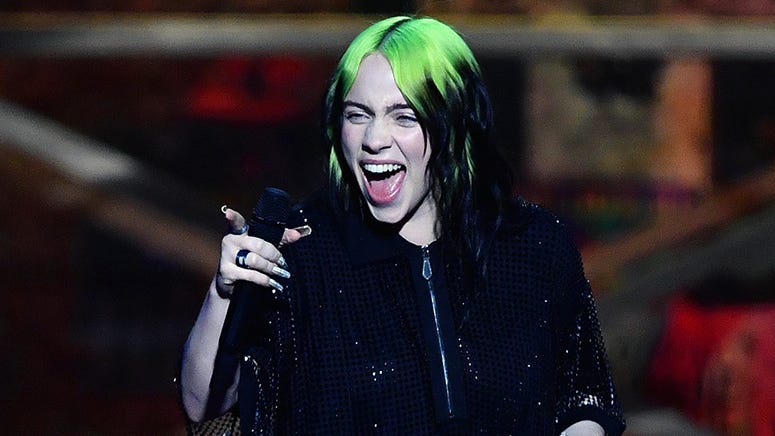