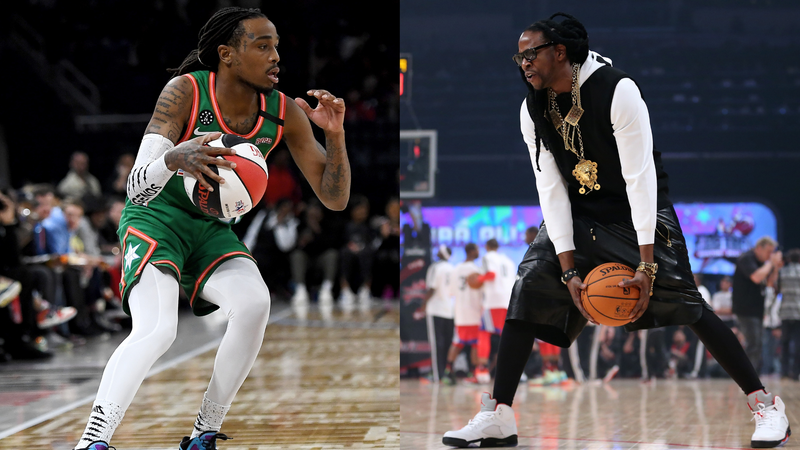 The Bleacher Report Open Run matchup will have Jack Harlow playing alongside Quavo, and Lil Baby starting on Team 2 Chainz. Whichever team is the first to 21 points will officially have bragging rights and a donation gifted to the HBCU of their choice. The showdown will take place this Saturday March 6 at 8PM ET on the B/R app and on their Twitter account, hosted by B/R’s own Taylor Rooks, with music provided by LVRN DJ, Kitty Cash. Highlights will air on TNT for their NBA All-Star pregame coverage on Sunday 3/7 at 5PM ET.

Four artists. One court. Watch it go down Saturday of All-Star Weekend in B/R app & on B/R TW at 8pm ET.

In reference to the 1992 sports-comedy, the phrase “white men can’t jump” has been tossed around in regards to Harlow’s participation. However, in a recent interview with Uproxx, the “Way Out” rapper opened up about his basketball roots in Louisville and why he’s thrilled to have Quavo as a teammate. Harlow expressed, “out of the three other players, [Quavo] would be my number one choice because he brings something to the game, based on everything I’ve seen on YouTube, that I don’t bring to the game... I like his confidence on the court and I think I’m going to be complimenting him perfectly with my game and some of my grit.”