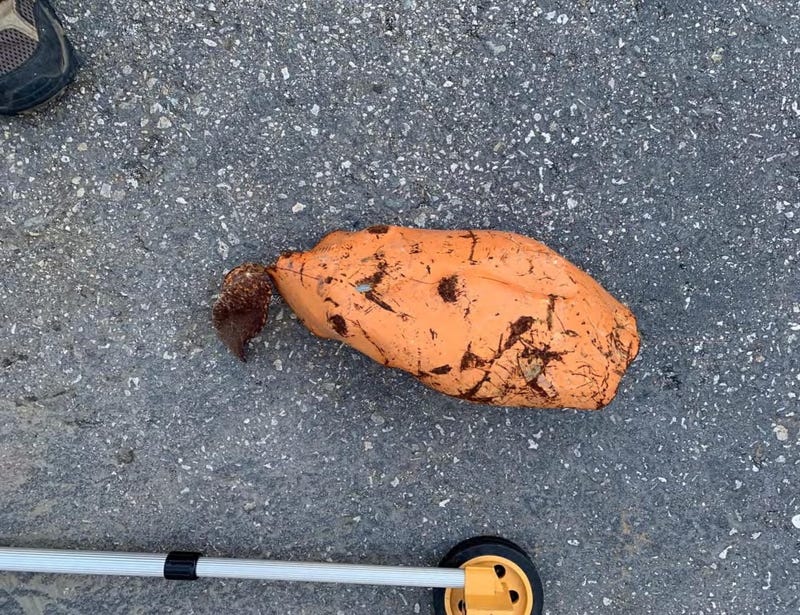 Dangerous metal shards have allegedly been ejected from Atlas Metal onto the campus of Jordan High School on numerous occasions in the past year. Photo credit LA City Attorney's Office
By City News Service

The complaint filed April 8 by the Environmental Justice Unit alleges that S&W Atlas Iron and Metal Co. Inc., which operates at 10019 S. Alameda St., is a public nuisance.

City Attorney Mike Feuer said the city obtained a TRO Wednesday morning that requires Atlas "to prevent projectiles from being ejected into the school campus," which the lawsuit alleges occurred eight times in 2020. He noted that students who have been taking classes from home since the start of the pandemic will be returning to in-person learning on April 26.

Atlas Metal declined to provide a statement to City News Service regarding the TRO or the lawsuit, which also alleges that the facility allows 20-foot-tall piles of scrap metal, described by the Feuer's office as "massive scrap metal mountains," within 10 feet of the school's border, in violation of the city's 50-foot buffer rule between the facility and the campus.

The lawsuit alleges nearly two dozen additional violations within the buffer zone, including the storage of metal and hazardous materials. According to the lawsuit, the facility is also responsible for fumes and excessive noise and has a history of environmental and building and safety law violations.

"It's completely unacceptable that the Jordan High School community lives under a constant threat of being hit by sharp metal objects emanating from its dangerous next-door neighbor. School officials actually had to cordon off part of the athletic field out of fear that students or staff could be injured when they return this month," Feuer said Monday.

"With students back on campus very soon, it's imperative that they and school staff be safe -- from the metal shards, the mountain of scrap, the noxious fumes, the noise -- all that we allege here. Atlas Metal has had more than enough time during the pandemic shutdown to prevent these threats from endangering the school. Now we're intervening."

Feuer's office alleges eight times in 2020 in which metal fragments were launched onto the campus, including one instance in which a six-inch shard launched 1,500 feet into the air from a military device landed at the school, resulting in an evacuation.

In anticipation of students returning to in-person learning, the school fenced-off large sections of its campus out of concern or students' safety due to the metal recycling company's operations, Feuer's office said.

"Instead of returning to a safe campus with full use of outdoor facilities, students will return to school immediately adjacent to a metal recycling facility that launches metal projectiles onto the Jordan High School campus. The students must contend with the reduction of precious outdoor space to keep them out of harm's way," the lawsuit alleges.

The lawsuit also alleges that the school was exposed to noxious fumes from the facility on numerous occasions, and that last June,  a construction worker on the campus became sick from the fumes and smoke. The following month, according to the suit, dust rained onto the campus from Atlas Metal, and in December, staff at a COVID-19 testing site in the school's gymnasium reported that smoke and fumes from the facility made it hard for them to breathe. The staff installed industrial fans to blow the smoke and fumes in the other direction for the well-being of the staff and people getting tested.

Feuer also alleges that Atlas Metal was notified of the dangers and unlawful practices, but failed to abate them. The lawsuit seeks abatement of the nuisance, a permanent injunction and civil penalties. 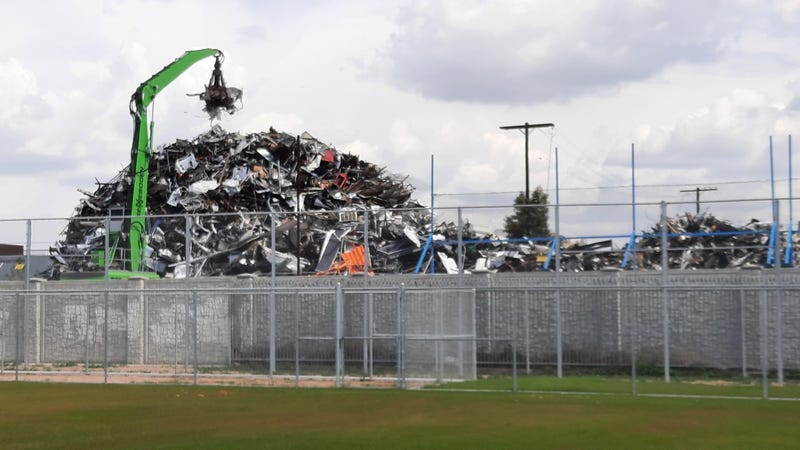 🚨About 10 minutes away: City Attorney Mike Feuer news conference detailing the alleged environmental, health and safety concerns at Atlas Metal. Among them - that metal shards from the facility have landed on the campus of Jordan High School. We'll livestream. https://t.co/82pLT9gNcd