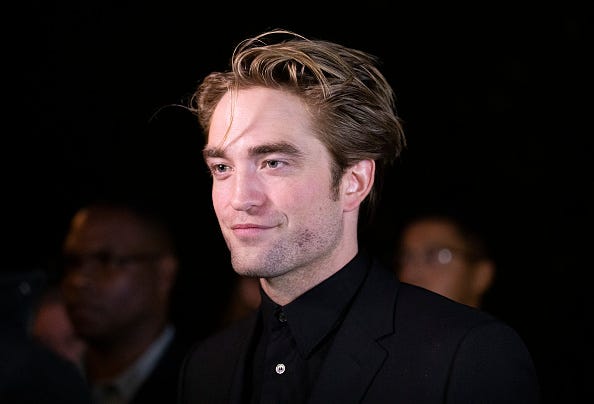 Have you ever wondered what Robert Pattinson smells like?

Well, wonder no more because the “Twilight” alum revealed that his scent is reminiscent of crayons.

During an interview with Allure, the actor revealed that “lots of people tell me I smell like a crayon.”

The interviewer then clarified by asking if he means that he smells like he’s “made of wax,” and Pattinson agreed saying, “Yes! Like I’m embalmed.”

He shared with us the scents he loves and which one he finds "revolting." https://t.co/IPlJg4KeHr

The actor, who has been cast as the caped crusader in the upcoming film "The Batman," continued waxing philosophical on the topic of scents, revealing his favorite and least favorite smells.

“Definitely the scent of when you’re in love with someone, and the smell is incredible. It brings out an animal side of being human,” he explained.

“And the worst smell … I don’t really mind grimy stuff. I love the smell of things people really hate, but burning hair is revolting,” he admitted.

Pattinson also addressed his new title: “most handsome man in the world.”

Earlier this year, the actor scored a 92.15% on the attractiveness scale as measured by The Golden Ratio of Beauty Phi, a mathematical formula established by the ancient Greeks that assesses facial symmetry.

He called the title “weird,” adding, “I never was really up for the good-looking-guy roles, because I’ve always been quite awkward when meeting people,” he said.

“My Harry Potter role was a good-looking guy, and it was a shock that it was quite easy to get. And then in Twilight, [Edward is] beautiful, beautiful, beautiful. When I turned up for the audition, I had done a job where I’d dyed my hair black, but I had an inch and a half of roots, and I had waxed my body.”

He continued: “And then I had a few months where I’d been drinking beer all day, so I had this hairless, chubby body. I looked like a baby with a wig on. After I did Twilight, [my friends said], ‘Oh, you’re posing all of the time,’ and I’m like, ‘What are you talking about? I’m just standing. And none of you thought I was good-looking two years ago!’”