The “Game of Thrones” star shared several throwback photos on her official Instagram page. Turner posted three separate pictures, all of which showing her baby bump.

In the first post, the 24-year-old actress was seen enjoying a relaxing day at the pool with her adorable dog.

In July, it was reported that Turner gave birth to a baby girl at a Los Angeles hospital. News of Turner’s pregnancy came back in February, but the couple has been quiet on social media ever since. 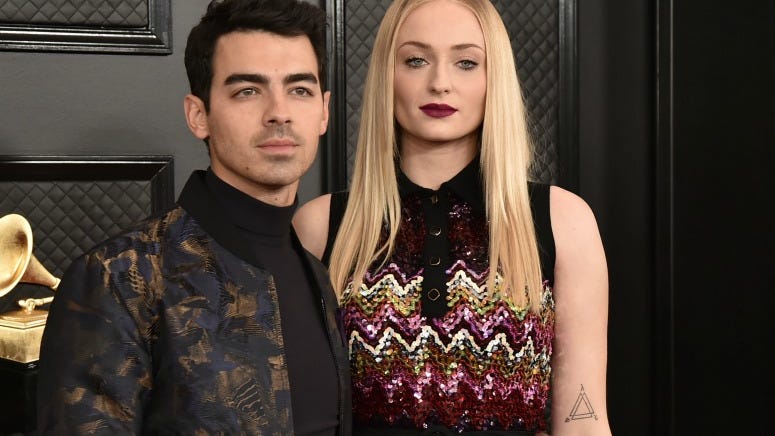 The couple made a spontaneous decision to get married in May 2019 following a Jonas Brothers show. After their performance at the Billboard Music Awards, Turner and Jonas, along with their crew and friends, went over to Chapel L’Amour in Las Vegas, where they were married by an Elvis impersonator.

Their wedding was streamed on Diplo’s Instagram Live and showed a performance of “Speechless” from Dan + Shay right before the ceremony began. Joe was next to his brothers Nick and Kevin, with Turner making her way excitedly alongside her soon-to-be husband.

A few weeks later, the couple held a more formal ceremony at the Château de Tourreau in Sarrians, France. Turner wore a Louis Vuitton gown and had her "Game of Thrones" co-star, Maisie Williams, serve as her maid of honor.

This past April, the couple marked their first wedding anniversary by recreating Las Vegas in their house. The couple said they had planned to go back to Vegas if they weren’t stuck in quarantine. Joe joked he “might try to recreate Vegas in our house” by turning it into a nightclub.