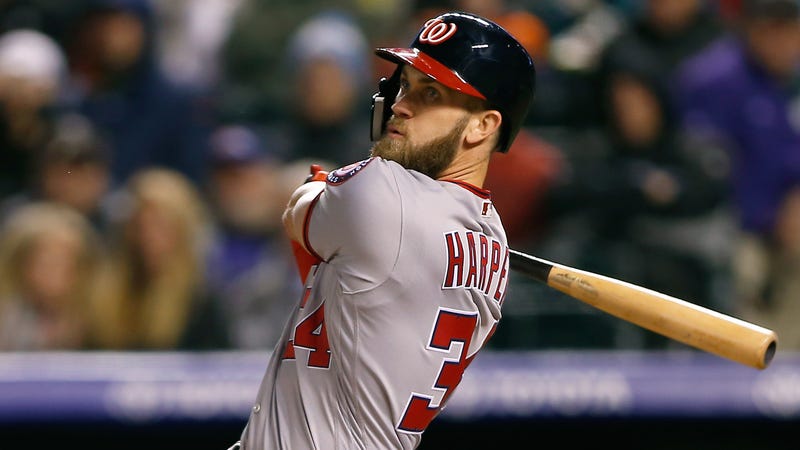 PHILADELPHIA (94 WIP) -- The Philadelphia Phillies remain in the race for All-Star free agent Bryce Harper. They very well might be in the lead. Who else is still in pursuit isn’t clear.

If the Washington Nationals are still in on Harper, he might have some work to do in the locker room when he returns.

In a recent piece for the Washington Post, columnist Thomas Boswell wrote some very harsh things about Harper’s time in the outfield with the Nationals — and at least one of Harper’s teammate agreed.

Though few mention it, subtracting Harper, while it will cost 34 homers, a .899 career OPS and some amazing hair flips, would help any team improve its attention to fundamentals. When the most famous player on the team can’t go 10 days without failing to run out a groundball or overthrowing a cutoff man by 15 feet or throwing to the wrong base or being caught unprepared in the outfield or on the bases, it’s hard to demand total alertness from the other 24.

There is two ways to look at the criticism of Harper. The first? It doesn’t exactly scream “Harper is going back to Washington,” if at least one of his (likely) former teammates is already ripping him. Chances are that “prominent Nats vet” isn’t alone. Perhaps they are more willing to rip Harper knowing he is on the way out.

The other takeaway is that, if true, it doesn’t sound as if Harper is going to help a Phillies team that was known for making plenty of mental mistakes and errors last season. As Boswell mentioned, Harper’s bat is certainly a plus. His issues in the outfield — and apparently with hustle — might be a problem for the Phillies.

Either way, it certainly is interesting and something to consider as the pursuit of Harper continues.