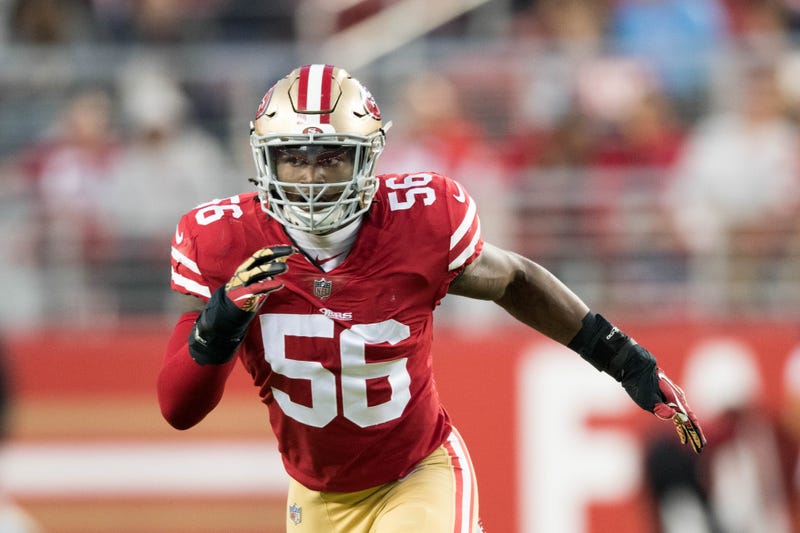 SAN FRANCISCO (95.7 The Game) -- Reuben Foster’s ex-girlfriend, Elissa Ennis, appeared Thursday on “Good Morning America” and made a number of noteworthy comments regarding the legal situation surrounding her and the former San Francisco 49ers linebacker.

Ennis originally told police that Foster attacked her in February, only to recant that accusation. Now she says that she was lying when she recanted. Ennis said she did not want to ruin Foster’s career.

“I did what I had to do for the person I loved,” Ennis said. “I thought he would change. Anybody in my position would do the same.”

Football star Reuben Foster’s accuser: “When he got signed I was like I can’t believe somebody picked him up…I was shocked.” https://t.co/kA5h0qJtdJ pic.twitter.com/hsqEJDNdOz

The 49ers parted ways with Foster at the end of November after he was involved in another domestic dispute with Ennis. She said the team attempted to interject itself into that episode, which occured at the team’s hotel in Tampa.

“The 49ers came up there,” Ennis said. “I have pictures of the 49ers coming up there talking to police, saying I’m the same ex-girlfriend who sat up there and lied.”

The Niners subsequently released a statement that reads:  “The 49ers fully cooperated with authorities, assisted in locating Mr. Foster and in no way impeded their investigation.”

Foster was arrested the night of Nov. 24. The 49ers announced plans to cut him the next morning. The Washington Redskins claimed him on Tuesday.