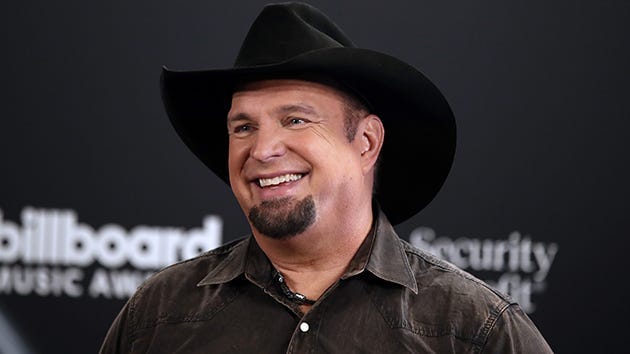 Garth Brooks is moving full steam ahead when it comes to new music.

During the Monday night installment of Inside Studio G, Garth revealed that, hours before the livestream, he was in a writing session with Ashley McBryde and frequent collaborator Mitch Rossell, who wrote Garth's hit, "Ask Me How I Know."

We’re back in more ways than one!!! love, g #StudioG

"She was tearing it up today. Me and Mitch just kind of sat and watched her," Garth raves, referring to Ashley. The icon has made his admiration for Ashley known in the past: He even released a revised cover of her Grammy-nominated song, "Girl Goin' Nowhere," as "Guy Goin' Nowhere" on The Anthology, Part III: Live.

"I can tell you exactly what we wrote - something Country," he teases, calling the track "stone Country," and adding, "I love writing Country music."

Additionally, the superstar revealed that his cult classic 1999 album, The Life of Chris Gaines, will soon be available on multiple platforms, including digital and vinyl.

"You're going to have it in every format you can possibly imagine. It's coming," he confirmed, adding that previously unreleased songs by his alter ego are also on the way.

"You're going to have Chris Gaines stuff nobody's ever heard before either," he teased. "I love that project, so I'm excited."

Fans can also look forward to The Anthology Part II, scheduled for release later this year.