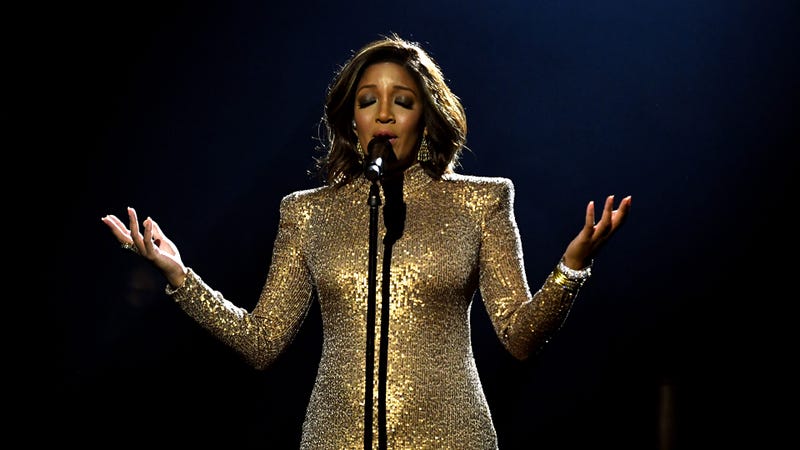 Mickey Guyton reveals that the stress of the backlash she received after speaking out against Morgan Wallen using the N-word caused her to go into early labor.

Days before Mickey and her husband Grant Savoy welcomed son Grayson in February, a video surfaced online of Wallen using the racial slur, prompting his label, Big Loud Records, to suspended his contract indefinitely while several radio stations across the country removed him from their playlists.

When I read comments saying “this is not who we are” I laugh because this is exactly who country music is. I’ve witnessed it for 10 gd years. You guys should just read some of the vile comments hurled at me on a daily basis. It’s a cold hard truth to face but it is the truth. pic.twitter.com/l3h18Z1ARU

In a series of tweets, Mickey condemned Morgan's use of the word and shared that she receives "vile comments" daily on social media.

"The hate that I got after I called it out, it was really bad. It caused me to go into early labor," Mickey told Entertainment Tonight on the red carpet at the 2021 GRAMMY Awards Sunday, where she was the first Black solo female artist nominated for Best Country Solo Performance for her striking single, "Black Like Me." "The day before I gave birth, I was literally in bed clinging to my mom and my husband because of how horrible it was."

She adds that being a mother "changes everything" and that she is working to make the world a safer and more accepting place for her son by using her voice to call out racism, in addition to lifting up other artists.

"I just want the world to be better for him so that he doesn't have to go through what I went through and what many of us go through," she explains. "The pain that we've gone through, I don't want him to have to go through that. So I'm going to fight for that."

Mickey also delivered a powerful performance of "Black Like Me" during the show.

WATCH MORE: Five stars who brought glamor to the 'Grammys'