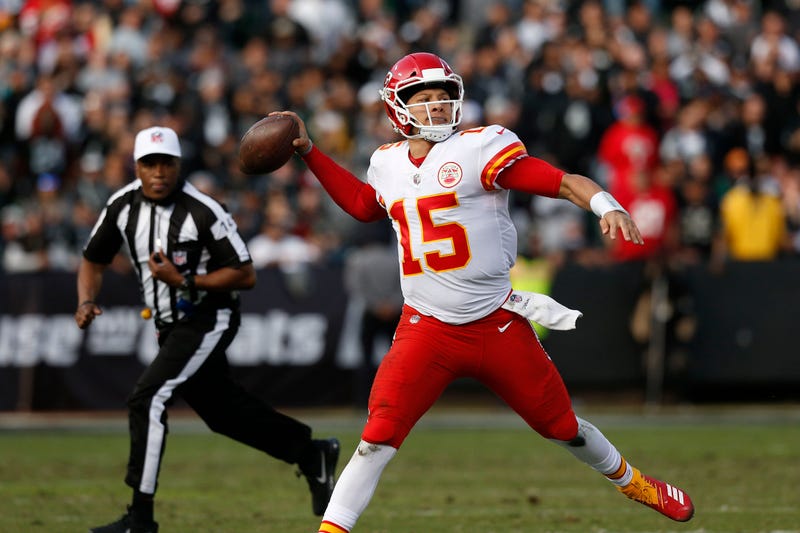 It hasn’t been pretty, but the Baltimore Ravens (7-5) keep on rolling with QB Lamar Jackson. They are 3-0 since the rookie took over for the injured Joe Flacco. This would be the toughest test yet for Jackson, though it’s still unknown whether Flacco will return this week. The Ravens look to inch closer to making things interesting in the AFC North; they are the second AFC Wild Card team right now. The Chiefs (10-2) had a surprisingly close win last week over the Oakland Raiders. The big story around the Chiefs remains their release of star running back Kareem Hunt following the publication of a video that showed him shoving and kicking a woman. With a loss and a Los Angeles Chargers win, the Chiefs will fall into a tie for first place in the AFC West.

Flacco has been practicing this week for the Ravens, but it is not yet known if he will start. It makes sense to ride with Jackson for another week, considering the Ravens haven’t lost yet with him under center. The young, speedy QB aims for his third straight game with a rushing TD and his fourth in a row with 70-plus rushing yards. The Ravens are using the ground-and-pound to beat teams. Jackson is getting help in the backfield from fellow rookie Gus Edwards, who has emerged as the lead back with Alex Collins out for the season. A key this week will be Michael Crabtree, who has been a huge disappointment in his first season with the Ravens. The Baltimore defense has been the key to their success. They were tremendous against the Falcons in Atlanta last week, led by their linebacking crew of Terrell Suggs, C.J. Mosley, and Za’Darius Smith.

The explosive Chiefs passing game is led by touchdown machine Patrick Mahomes. The second-year QB, who is essentially in his rookie season after playing just one game last season, leads the NFL with 41 TD passes. Hunt's departure puts even more pressure is on Mahomes to lead this offense, which doesn’t seem to faze him. Tyreek Hill and Travis Kelce are one of two pairs of teammates with 1,000-plus receiving yards each. Backup tight end Demetrius Harris and wideout Chris Conley were unlikely heroes with a TD catch apiece last week. Sammy Watkins is expected back this week. More dubious is the Chiefs defense, which struggled against an awful Raiders squad last week. Dee Ford leads the team with 10.5 sacks. They should get Eric Berry back, which will provide a huge boost in the secondary.