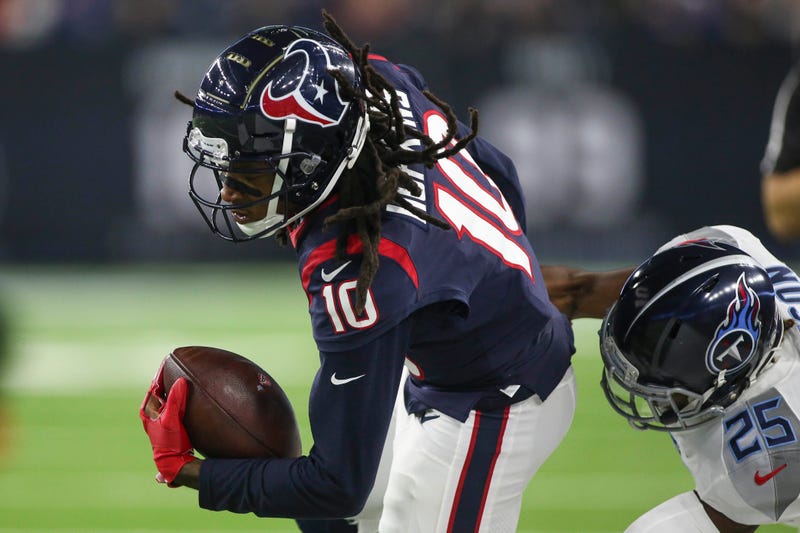 The Houston Texans are the hottest team in the NFL, cruising to their ninth straight win last week over the Cleveland Browns. It’s been remarkable to see this team completely turn their season around after dropping the first three games. The Indianapolis Colts' turnaround has been fun to watch as well, but last week’s 6-0 loss to the Jacksonville Jaguars really put a damper on any chance at winning the AFC South. For a chance at the last Wild Card spot, they need to win their last four games. The Texans are looking to win the division and position themselves for a first-round bye.

The Colts offense finally was stopped last week against the Jaguars, whose defense finally decided to come back to life. Andrew Luck did not look very good at all. This game is so essential for Luck and the Colts (6-6) to win if they believe they are a playoff team. Once you get to seven losses, you are going to need help from others. Luck needs his rushing duo of Marlon Mack and rookie Nyheim Hines to come up big against a stout Texans defense that is going to put pressure on the QB all day long. Luck’s offensive line has done a terrific job for much of the season. They need T.Y. Hilton to play. He’s battling a shoulder injury and is still questionable. On defense, Denico Autry set career highs with three sacks and two forced fumbles last week. Rookie Darius Leonard had eight tackles. The Colts defense has to make sure Texans QB Deshaun Watson doesn’t get loose, because he’s one of the best in the game when he runs outside the pocket.

Watson is one of the more fun QBs in the NFL to watch. You almost forget that he’s only in his second season and he’s coming off a torn ACL. After a rusty start to the season, he’s found his rhythm. The Texans are the first team in NFL history to win nine consecutive games immediately following an 0-3 start. Bill O’Brien’s job security is no longer in question. Lamar Miller also has found a rhythm, seeking his fourth game in a row with 100-plus yards from scrimmage. DeAndre Hopkins is going to continue to put up numbers, but the complementary guys such as Keke Coutee and Jordan Thomas have been key to their success offensively. J.J. Watt is playing like an animal for the standout Texans defense. He has 11.5 sacks, nearly a sack-per-game pace. Indy is in trouble this week.