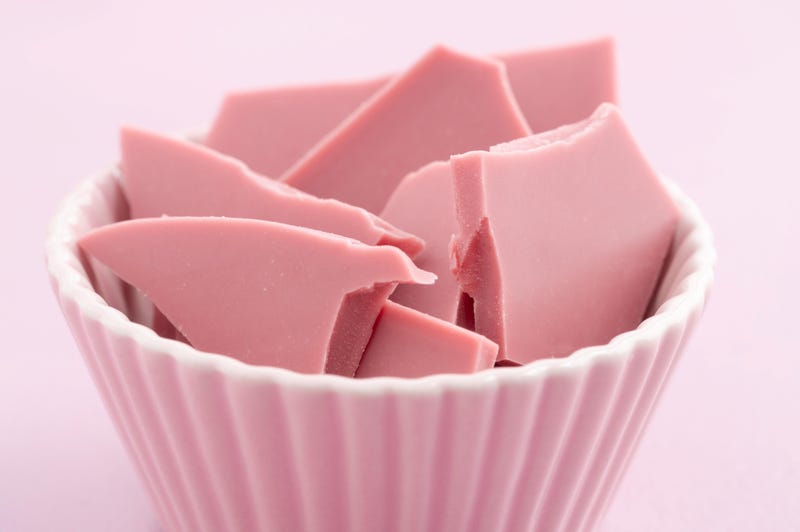 The world of chocolate is looking rosier.

Chocolatiers consider ruby the fourth natural shade of chocolate, joining existing palettes of dark, milk and white chocolate. The latter shade was the last to be developed, way back in the 1930s. That's why the ruby variety is considered such a breakthrough.

Bloomberg reports the USDA is determining whether the product can actually be called chocolate. Other marketing names include ruby cacao.