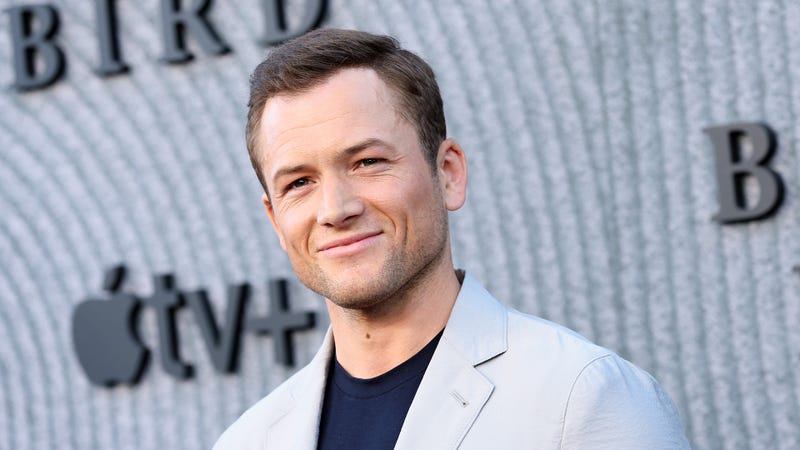 On the latest episode of Just For Variety with Marc Malkin, Taron Egerton talks about living out his fantasy Mafia life in his Apple TV series Black Bird, how he dreams to star in Sweeney Todd, and what it was like to hang out with Britney Spears.

Calling in from his family vacation in Greece, Taron expressed his excitement about “the show” referring to Black Bird, which sees him play Jimmy Keene who’s at the beginning of a 10-year prison sentence, when he gets an incredible offer. “It’s had a terrific response so far, but still working to make sure it gets as many pairs of eyes on it as possible really.”

“Floored by the intrigue and the suspense and the incredible truth of” the story, which leads Egerton’s character to a maximum security prison to see if he can elicit a confession from suspected serial killer Larry Hall, in order to be freed. Taron admitted taking on the role has enabled him to live out his fantasy life of crime.

Next as we mentioned, Egerton told Malkin about his Sweeney Todd aspirations, that you’ll have to listen above to hear, before revealing what it was like to recently meet and hang with Britney Spears. The two met at a mutual friends dinner party, and according to the actor, Spears was “very, very lovely.”

Taron also went on to divulge that he’d never felt as famous as he did on that fateful July 23, when Britney posted videos of the two of them on Instagram, which she captioned, "Coolest guy ever!!! Such a freaking fan!”

“I felt very, very, very famous for a second," Taron said, crediting the singer's "passionate" fans for the welcomed attention.

For all that and more, listen to the entire episode above.

For all Brit Brit, all the time, listen to Audacy's Oh Baby Baby radio now

Each week on Just for Variety, columnist and Hollywood’s most recognizable red carpet correspondent Marc Malkin sits down with today’s biggest stars to talk film, television, pop culture and the latest news. Plus, go inside the pages of Variety as Marc highlights the issue’s most talked about stories.