Downplay it all you want. Pretend it doesn’t matter because we already knew who the Eagles would be playing this season. Lie to yourself as you listen to friends and everyone on WIP play the win-loss, win-loss game all weekend long. But I know fun when I see it, and projecting the upcoming NFL season qualifies. 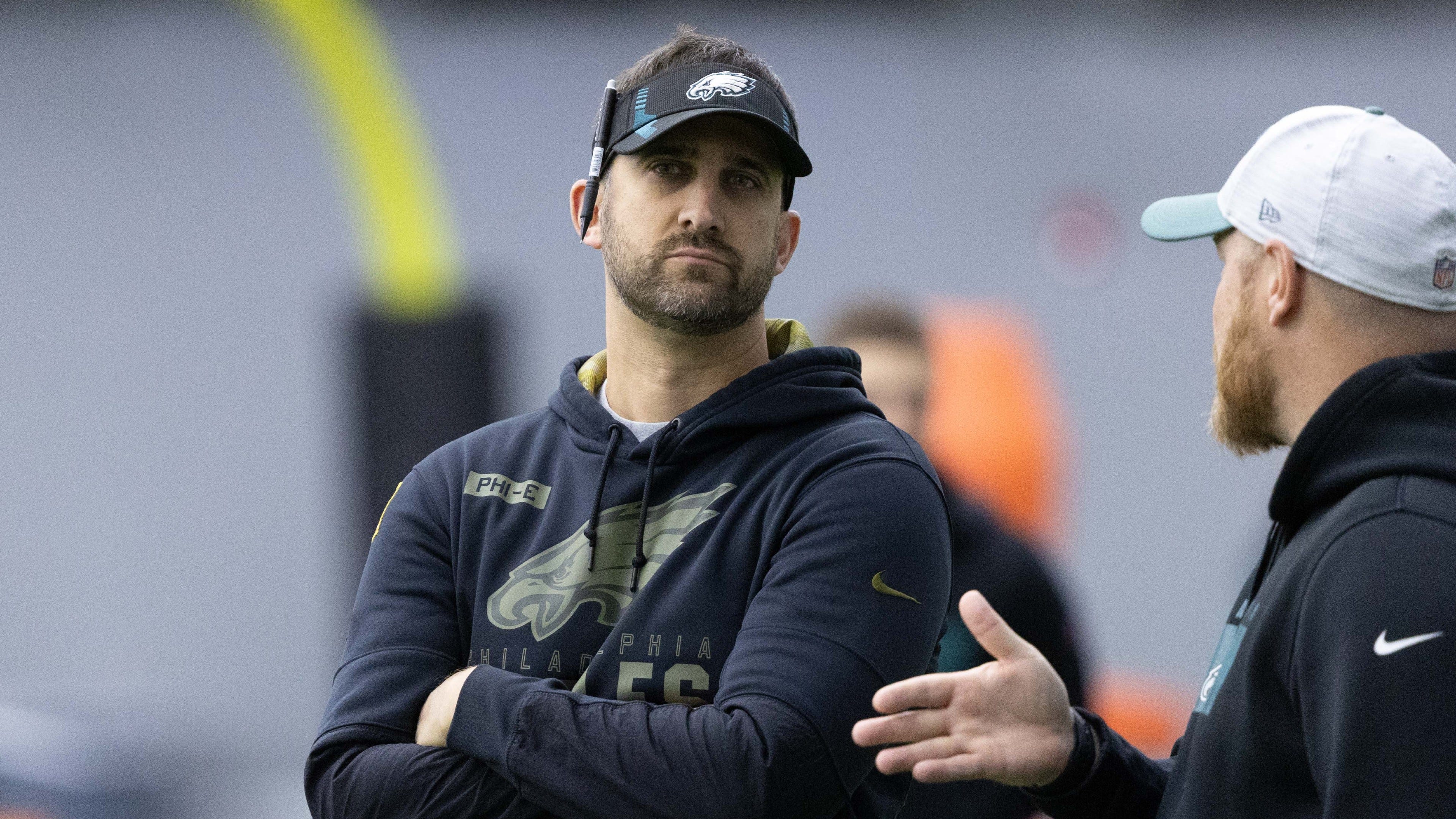 Game-by-game Eagles predictions for the 2022 season

And this year adds an additional layer of fun: Legitimate optimism coming off a huge draft weekend. With a 9-8 season and playoff trip fresh in our minds, it’s not hard to think big about a team that added A.J. Brown, Haason Reddick and collegiate stars Jordan Davis and Nakobe Dean.

Here’s how I see an improved roster and growing young nucleus performing in the fall.

Detroit is building something under head coach Dan Campbell. This won’t be as easy as last October’s trip to Detroit, but the Eagles will pull away late to start the season right.

Kirk Cousins is a good quarterback, but he’s a two-face: When playing at 1 o’clock or in the 4 p.m. window, Cousins owns a 49-42-2 record. In prime time, Cousins is just 10-17. The Eagles aren’t losing to a middle-of-the-road team with a quarterback that can’t play under the lights in the home opener. No way, no how.

It can’t be this easy, right? All that stands in the way of an eye-opening 3-0 start is Carson Wentz? This might shock you, but this spot screams loss to me. The Eagles will be on the road, on a short week, and against a team they beat twice last season. Ron Rivera will have his team ready, Wentz will put up a Wentz-ish game (18-30, 203 yards, 1 TD, 1 fumble) and be carried by his defense and running game.

Doug Pederson returns to Philadelphia! Jacksonville will be improved, but still far from close to the Eagles roster. Count this as a double-digit victory, with the defense taking the ball away from Trevor Lawrence multiple times.

Prediction: I don’t hate the matchup. I hate the timing. The time to play the Kyler Murray-Kliff Kingsbury-led Cardinals is late in the season when the tiny quarterback is banged up and over-his-skis head coach can’t adjust to the league. Early on, Arizona is typically much tougher. Plus, this could be a spot for DeAndre Hopkins to return early if his suspension is dropped down a game or two after appeal.

We’re going to debate Jalen Hurts’ future all season long as we try to parse what he needs to do to remain the Eagles quarterback for years to come. One idea: Start beating Dallas. Hurts is 0-2 vs. Dallas in his short time as the Eagles starter. That ends in Week 6 with a huge division victory in prime time, led by a monster Hurts game.

Two weeks of excitement over a win over the Cowboys feels like the recipe for a post-bye let down here. Mike Tomlin will have his team ready to play spoiler, T.J. Watt will make life difficult for Hurts and Pittsburgh will do just enough to sneak out with a victory.

Having a road Thursday night game is a tough chore, but there might not be a better time or opponent for it to fall. Fresh off a poor performance vs. the Steelers, head coach Nick Sirianni can flush the tape and get right back on task with a game to prepare for on a short week. This could be a blowout spot for the Eagles.

Eleven days to prepare for a revenge spot (in terms of the 2022 season) vs. the Commanders and a revenge spot for fans (in terms of the ending of the Wentz era) will lead to a raucous crowd at Lincoln Financial Field. Add in a prime time spot and the stadium will be as loud as we’ve heard it in years. Bet the house on the Eagles. Jordan Davis has his first true NFL moment, the front seven racks up six sacks, and Wentz posts one of the worst passer ratings of his career. A statement victory on national television.

Talk about a letdown after a big division win. Indianapolis looks poised to be very good and should feel a sense of urgency after a disappointing 2021 season. The Eagles won’t be the less physical team in many games this season, but this could be one in which that distinction applies.

This will be billed as the game that determines how serious we should take this Eagles team. It won’t go well, with Aaron Rodgers picking apart a still-suspect Eagles secondary. For the first time, back-to-back losses hit the 2022 Eagles. The season is about to hit a crossroads.

If there’s a top team from 2021 that feels poised to flop in 2022, it’s the Titans. Derrick Henry got hurt and stopped breaking tackles. Ryan Tannehill declined, and didn’t seem thrilled when the franchise drafted a possible long-term replacement, and head coach Mike Vrabel watched A.J. Brown get traded to Philadelphia days after publicly saying it wouldn’t happen on his watch. Brown goes off vs. his old team, and the Eagles season gets back on track.

Uh oh. Schedule makers threw a possible monkey wrench into plans for a postseason trip with a three-game road trip in December. Luckily, the first two games come against subpar teams. Hurts attones for his awful 2021 game vs. the Giants at MetLife Stadium with a gusty fourth-quarter game-winning drive.

A sneaky-important game considering what lies next and how difficult the end of a three-game road trip can be. Justin Fields may take a leap and make this game a chore, but give me Sirianni’s staff against first-year head coach Matt Eberflus and a rudderless Bears operation that seems to be stuck in mud during a rebuilding phase.

Awful spot for the Eagles. Three straight road games is a brutal reality. A quick look at the Cowboys schedule up through Week 15 makes me think the top of the NFC East will look something like this when the ball is kicked off:

In essence, the Eagles could clinch the division with a win here and send the entire Delaware Valley into a perfect Christmas. Alas, it doesn’t happen. The defensive line feels the effects of all the road games, giving Dak Prescott too much time in the pocket all night.

Luckily, the Eagles still control their own destiny with two weeks to go. Hurts doesn’t lose to the Saints, and the Eagles have an opportunity to kill two birds (playoff positioning and draft pick status attached to New Orleans’ 2023 first rounder) with one stone. A double-digit win rings in the new year.

The Eagles will enter the final week of the season needing a win *or* a Dallas loss to Wentz and the Commanders to secure their first NFC East title since 2019. Sirianni and Co. will plow through Tyrod Taylor (starting for the injured Daniel Jones) and the Giants, setting up a home playoff game at The Linc the following weekend.