Jimmy Rollins was the face of the Phillies for the better part of his 15 years in Philadelphia. He was lucky enough to spend most of those years with the iconic voice of the Phillies, Harry Kalas, calling his games.

Kalas called games for the Phillies from 1971 up until his death in 2009. He was more than just an announcer. He was a friend to all and loved sharing his love for the game.

Rollins shared a touching story about Kalas and the Phillies team plane on Audacy’s “Unwritten: Behind Baseball’s Secret Rules” podcast.

“Harry Kalas sat in the back, if you’re walking towards the back of the plane, he sat in the very last row on the left-hand side,” Rollins said (11:45 in player above). “That’s the way it was and no one questioned it. I remember I asked maybe Scott Rolen like ‘Why is Harry back here?’ I know he’s cool. I thought he’s back there for conversation, to talk. He’s like ‘That’s where he sits,’ and you don’t question it. You let it be.”

Rollins started towards the back of the plane as a younger player and started seat hopping as veterans left. But when he was settled in, he moved back towards the rear. Rollins and Kalas had a special bond.

“When he was alive I think I sat two rows ahead of him, you know just gave him his space. After his passing, that became my row. I sat in the very back left and I just took that spot,” Rollins said.

Rollins respected that seat so much that it took him some time to move all the way back.

“For the first year or two after he passed I moved back one row but I didn’t sit in the very back,” he said. “Eventually I just made my way back there.” 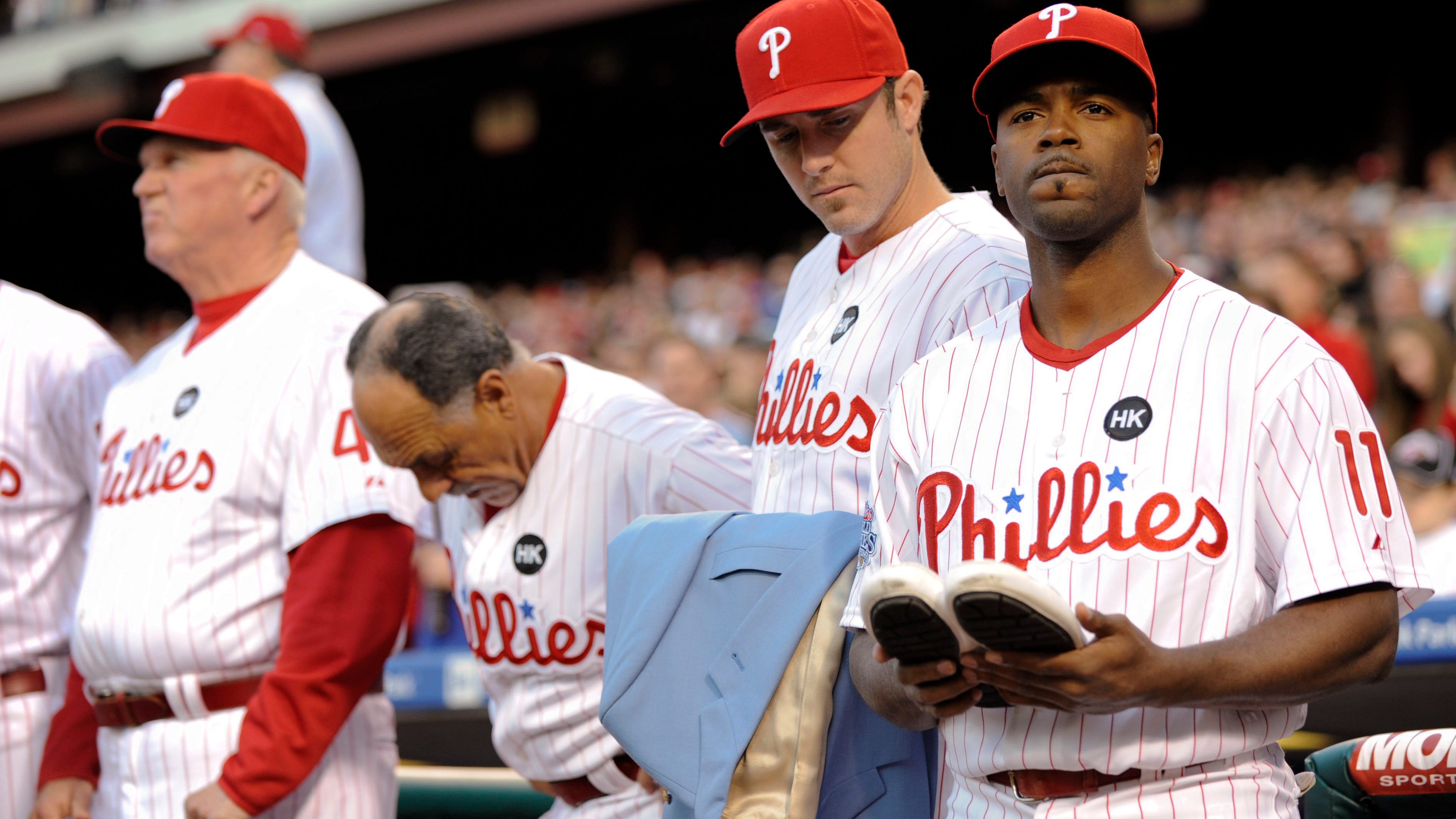