Listen now on Audacy for your chance to win Carrie Underwood tickets!
By Andrew Porter

Beckham Jr., 30, went on a free-agent visit tour and met with the Cowboys, Giants, and Bills and now will weigh his options, according to Ian Rapoport.

We know Howie Roseman is constantly making moves and this one would be something, albeit unlikely, essentially coming out of no where and luring the three-time Pro Bowl veteran wide receiver away from two division opponents. 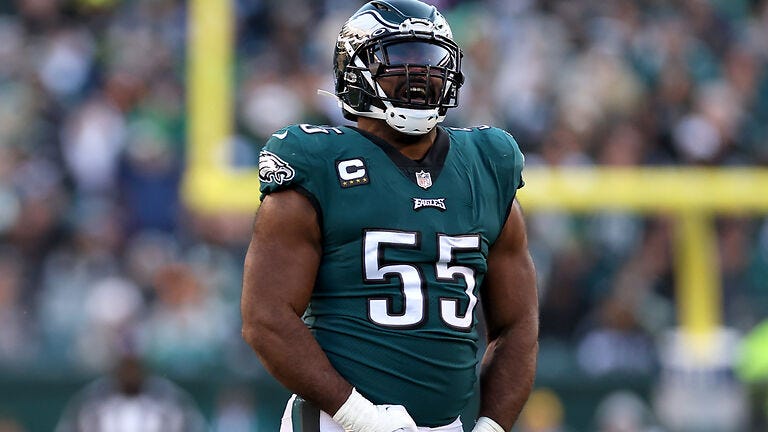 Brandon Graham on ESPN giving Eagles fourth-best Super Bowl odds: 'Got to be a Cowboys fan'

OBJ tore his ACL in the 2021 Super Bowl with the Rams and has spent the 2022 season recovering and rehabbing, hoping to join a playoff contender and make another Super Bowl run.

With TE Dallas Goedert on injured reserve and WR Quez Watkins suffered an AC joint sprain in Sunday's game, so Philadelphia could use an extra pass catcher.