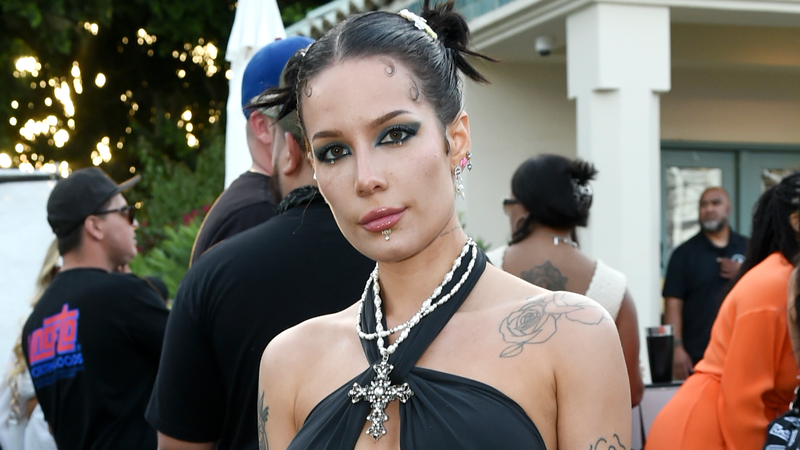 After spending weeks "in and out" of the hospital, Halsey hopped on IG to share a detailed health update, explaining some of the symptoms they've experienced and syndromes they've been diagnosed with to their fans and followers.

“So, I know that a lot of you guys have been wondering what's going on with my health, and some of you saw a TikTok yesterday basically confirming that I'm allergic to literally everything," they said, want to give us “a little update.”

"Obviously my health has changed a lot since I got pregnant and gave birth. I started getting really, really, really sick," they continued, mentioning that they've been "kind of" sick for "most of my adult life,” referring to their ongoing health complications related to endometriosis since 2017, adding that it recently “started getting really bad" and that she “was hospitalized for anaphylaxis, a few times, and I had some other stuff going on.”

"Basically, after seeing like a hundred thousand doctors," the singer revealed they were diagnosed with Ehlers-Danlos syndrome, Sjogren's syndrome, mast cell activation syndrome, and postural orthostatic tachycardia syndrome (POTS). Seen wearing a heart monitor, Halsey noted they're still looking for the "root cause of some of these things.” Suggesting it may be an another autoimmune disease, which Halsey is quite familiar with having endometriosis.

Quick health lesson — according to the National Organization for Rare Diseases, Ehlers-Danlos syndrome is a group of hereditary disorders that affect the skin, joints and blood vessel walls. Mast-cell activation syndrome includes repeated instances of anaphylaxis, and POTS is a blood circulation disorder.

“I don’t want anybody to be worrying. I’m on a treatment plan right now,” Halsey said assuring fans who might be concerned by “seeing the heart monitor and that I’m sick all the time,” that the proper steps are being taken. Adding that they’re in rehearsals for the upcoming Love and Power Tour, and “really excited” and “really confident that I’ll be able to do it in a way that’s healthy, where I can perform my best for all of you.”