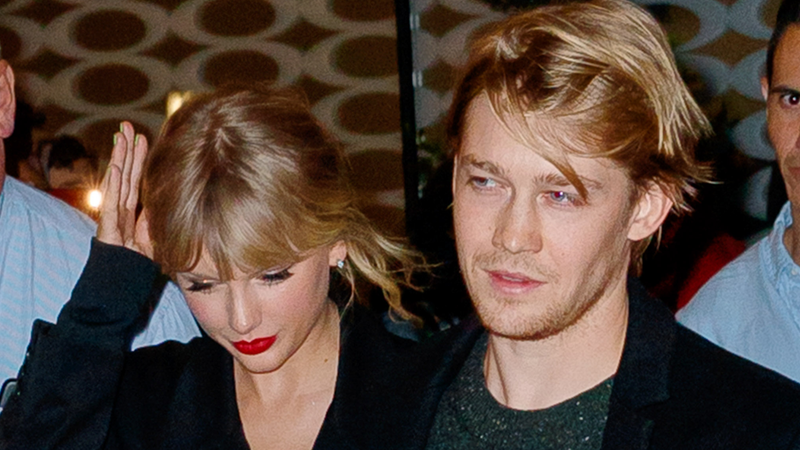 Usually very private in general but especially about his relationship with Taylor Swift, Joe Alwyn, for the first time revealed how co-writing songs with his love naturally came about.

For those who didn’t know, Joe, soon to bee seen in Hulu’s second Sally Rooney adaptation, Conversations With Friends, contributed to both of Swift’s 2020 albums Folklore and Evermore under the pseudonym William Bowery.

But as the actor told Vulture, it all started with him “messing around” on the piano and singing, what would eventually become the first verse of “Exile,” leading Swift to ask him for his help in finishing the song  for which Bon Iver handles the male vocals on the final version.

“It was completely off the cuff, an accident,” Alwyn admitted, adding that Taylor asked “‘can we try and sit down and get to the end together?’ And so we did.” Relating it to “as basic as some people made sourdough.”

“Who doesn’t walk around the house singing?,” Joe continued, when the interviewer inquired how he managed to just unintentionally write a verse.

As for his chorus contribution to the track titled “Betty,” Joe admitted, “I’d probably had a drink and was just stumbling around the house.” Noting, “we couldn’t decide on a film to watch that night, and she was like, ‘do you want to try and finish writing that song you were singing earlier?’ And so we got a guitar and did that.”

Sounds casual enough… Well except for the part that its a freaking Taylor Swift song!

Check out everything else Joe shared, including initially not wanting to accept name credited, anticipating “clickbait conversation” in response, and more in the full interview here.