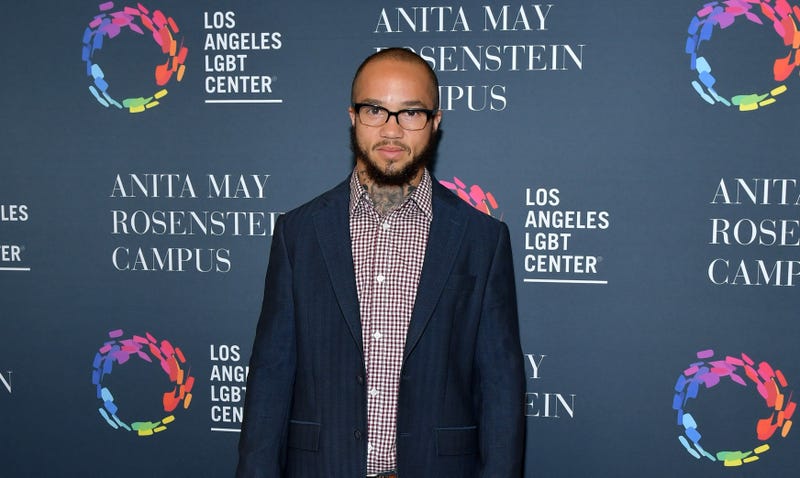 Professional boxer, Patricio Manuel, always knew he was transgender before having the language for his identity and before anyone else could tell him who he was. Manuel says, “when I was little I never saw myself as a girl.”

While in conversation with Demi Lovato on their 4D podcast, available here on Audacy, Manuel opens up about his “gender odyssey” and his path to becoming the first transgender boxer in the U.S., to participate in a professional fight.

From attending an all-girls school at a young age, to eventually attending a co-ed school, to finding boxing… Manuel said at first he thought, “maybe if I can’t become a man I’ll be comfortable with being masculine and I don’t think it’s a coincidence that my first national tournament was when I cut all my hair off. And I really leaned into my masculinity.” He adds, “I think I was the only publically out, queer, athlete during the women’s Olympic boxing trials. I was always very upfront.”

During these trials, Manuel injured his shoulder and had a revelation about his athletic identity and his personal identity. He explains, “I realized I needed to look beyond who I was just as an athlete and I need to look at who I was as a full person.”

“This whole journey, it hasn’t been just about discovering myself, it’s more about rediscovering who I knew I always was.”

Around the ages of 25-26, Pat said that’s when he really began to “grapple with” being trans. The athlete tells Demi, “I had known I was gender non-conforming, I had known I was masculine for a really long time, but I hadn’t given myself the space to really say ‘oh you’re really trans. Like, you’re a trans person.’”

The now 35-year-old said it took him time to understand his own identity because he was afraid that being trans would mean losing the sport that he loves so much.

With his sights set on various, major, career goals, Pat says, “all of these were huge obstacles and they didn’t really allow for me to have the time to look at myself.”

Pat believes that while at first boxing was holding him back from living authentically, ultimately the sport “saved” him and allowed him to fully understand and embrace his transness.

Manuel makes his journey very clear when he says, “the only choice I made was to be true to myself. I didn’t have the choice of being trans, this is just who I am. But by making that choice I worried that I possibly had to sacrifice something that I really loved.”

Through his rediscovery process, Pat says that he faced substance abuse issues, and adds, “as a Black trans person we don’t see ourselves in the future. We don’t see a future for ourselves.”

He continues, “I remember distinctly, around 2015, really imagining what my life would look as I got older. And I think that really helped ground me in my soul-searching.”

Eight years ago is when Pat first medically transitioned and reintroduced himself to the world. Now he is trying to change the narrative around trans identities. He explains, “I feel like the narrative for trans people is to focus on our traumas and to focus on the pain that we experience.”

“For me, I want to pivot that around, to really focus on the triumphs,” says the boxer. “So I want to say that coming out, while yes it was met with heartache and rejection, it also showed me who really had my back.