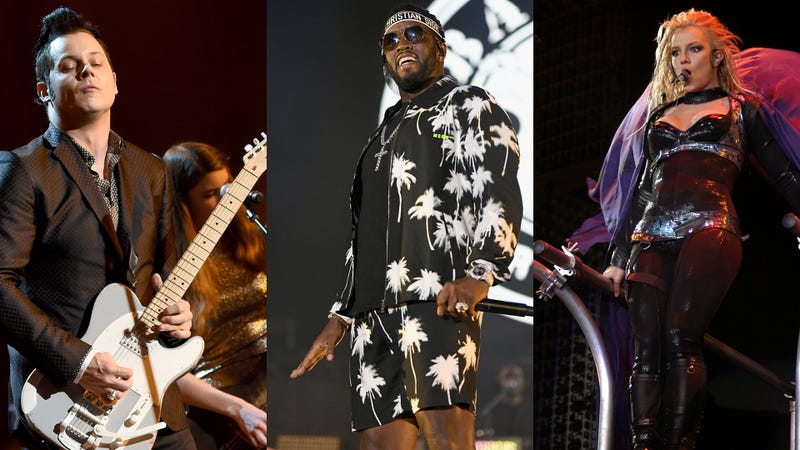 Ahhh the early 2000s. A time when Y2K was firmly in the rearview mirror and music videos were, well, very representative of the era.

The best part about music videos of this time is every genre has a distinct early 2000s feel to it. It doesn’t matter if it’s a Rock, Hip Hop, Pop, or Country video, the time period serves to tickle that special nostalgic place in our hearts. For this exercise, we’ll be examining music videos that were released in the first half of the decade, from 2000-2005.

Without further adieu, let’s take a look at our 10 favorite music videos from the early 2000s.

1 The White Stripes - Fell In Love With A Girl

Ever wonder what a music video made out of legos would look like? Say hello to this White Stripes classic as Jack & Meg White are turned into miniaturized lego versions of themselves. Remarkably, each shot had to be rebuilt frame by frame to give motion to the video. For the lego lover, it was the ideal work assignment.

There’s a lot of fun tidbits involved with this video that make it great. For one, the bees you see in the beginning are live as one crew member wound up getting stung during the making of the video. Additionally, the video’s director, Dave Meyers, forgot to replace a glass of wine with a glass of water in the restaurant scene causing Missy to get drunk after production. Aside from that, airbrushed images of the recently deceased Aaliyah and Lisa “Left Eye” Lopes can be found on the hood of the car.

The video is a scene from Daft Punk’s 2003 anime film Interstella 5555: The 5tory of the 5ecret 5tar 5ystem, but is fantastic as a standalone video. Taking place during an intergalactic dance party, the visuals and scenery in this video will transport you to another world.

This is the video of the early 2000’s. The video opens with an astronaut uncovering a stone slate featuring Britney’s album art and as he communicates back to Earth, the ground shakes and Spears emerges to begin performing the song. The video received four nominations at the 2000 MTV VMAs.

If you ever wondered what it was like to cruise with Green Day, the band gives you the front seat as they take you along for a ride in their convertible across Las Vegas in this video. The video then transitions to a bar scene where the three members take on different roles, but all cause chaos.

We like to think that Big & Rich along with their marching band and dancers are still parading across the country singing this song to this day. The 2004 song became an immediate hit as it was prominently featured in a Chevy Super Bowl ad.

8 Kelly Clarkson - Since U Been Gone

Clarkson’s hit song has a video that shows the fantasy everyone that’s been cheated on has. Going over to the residence of the person your significant other had and totally destroying everything. The video also received several nominations at the 2005 MTV VMAs and took home Best Female Video and Best Pop Video award.

Where to start with this one? First of all the music video contains an incredible amount of cameos including Dave Navarro, Shaq, Snoop Dogg, Travis Barker, Ice Cube, and more. Of course, there’s also Ben Stiller’s legendary cameo in the middle of the video where he sounds like a total doofus. P. Diddy and his crew take over an entire suburban neighborhood in this video and we’re here for the party.

This video combines the beauty of nature and Earth’s natural wonders with the beauty of early 2000’s technology. Random eagles swooping down? Sure! Shakira dancing in the middle of a horse stampede? Why not! The video has gone down as one of the best of the 21st century and certainly serves as an excellent production.