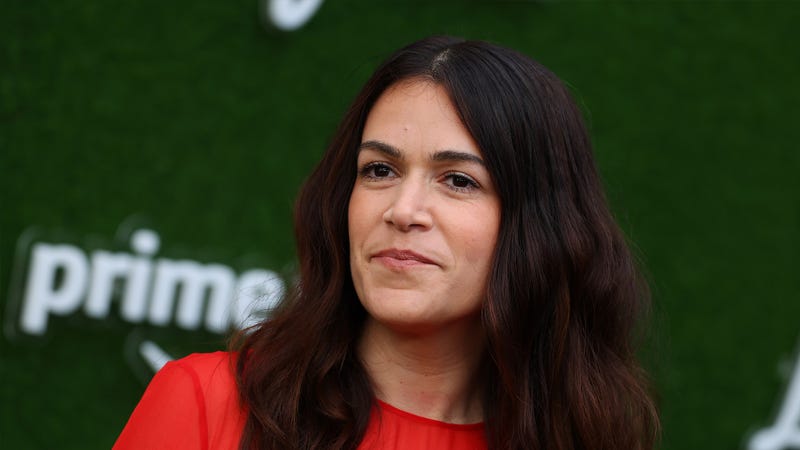 On a new episode of We Can Do Hard Things with Glennon Doyle, Abbi Jacobson joins Glennon, her wife Abby, and sister Amanda, to talk about knowing when it’s the right time to quit, how to get out of your head and trust your improv choices, and more.

LISTEN NOW: We Can Do Hard Things — When Should We Quit? with Abbi Jacobson

Podcast Episode
We Can Do Hard Things with Glennon Doyle
When Should We Quit? with Abbi Jacobson
Listen Now
Now Playing
Now Playing

Abbi Jacobson is co-creator, co-showrunner, executive producer, and star of the critically acclaimed show A League of Their Own. But you probably recognize her voice from her role in Broad City, a show which she co-created, wrote, directed, executive produced, and starred in for five seasons. Also a New York Times bestselling author for her book, I Might Regret This, Abbi is currently adapting “Go Like This,” a short story by Lorrie Moore.

On the topic of how to know when it’s time to get out or stick it out, Abbi delved into a particular moment in her life that set her on course to meet Ilana Glazer and create Broad City.

Recalling her first week at The Atlantic, a very “high-browed” drama school as “one of the worst weeks of my life.” Realizing it wasn’t the place for her, despite previously very much wanting to go there, “I quit.”

Feeling “like a failure,” Abbi moved to New York, and “discovered the Upright Citizens Brigade," where she ended up meeting Ilana. "Which like that world is like totally how my brain works," Abbi added, "comedy and improv, and then I sort of just kept going.”

When it comes to improv, Abbi recalled never being “quote-unquote successful at it in that theatre, and that’s why Ilana and I made Broad City.”

“It’s the most terrifying thing,” Abbi expressed, equating it to “meeting someone new… where you have to remind yourself ‘being nervous is good, being nervous is actually being excited… you have to like shift it to ‘these are good feelings, I can do this.’”

In addition to all those feelings, Abbi explained the importance of not thinking when it comes  to improv — we’ll let her explain.

Relating the notion to being a sports team athlete, saying, “you workout, and you train, and you practice, and you get your muscles and the team is so used to working together so that when you go out into the field you’re not thinking. You’re just doing, and you’re operating and you know each other and trust each other. ”

With improv, “you’re still obviously making choices and decisions on the fly,” Abbi expressed, “but you’ve worked enough… and practiced, to get to a point when you go on stage for a show you’re sort of not thinking and just trusting that your choices will work or they’ll fail, or they’ll be what they are — there’s nothing like it.”

Also up for discussion, Abbi and Abby share similar but opposite stories about relationships that changed their lives (and whether to tuck or untuck shirts). Plus, why reimagining A League of Their Own was the next right project for her, and how its label as a “queer show” frustrates her, and so much more.

Listen to the entire episode above.

On We Can Do Hard Things, Glennon Doyle does the only thing they’ve found that has ever made life easier. Drop the fake and talk honestly about the hard. Each week they bring their hard to you and ask you to bring your hard to them, and we will do what we were all meant to do down here: Help each other carry the hard so we can all live a little bit lighter and braver, more free and less alone.