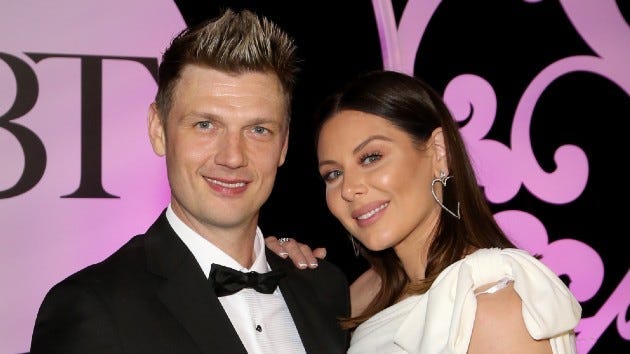 Congratulations are in order for Backstreet Boys' Nick Carter and his wife Lauren: They're expecting their third child, and they couldn't be more surprised.

The couple reveals in this week's issue of People that they never thought Lauren would be able to get pregnant again because she's suffered so many miscarriages over the years. The two have a son, four-year-old Odin, and a daughter Saoirse, 15 months.