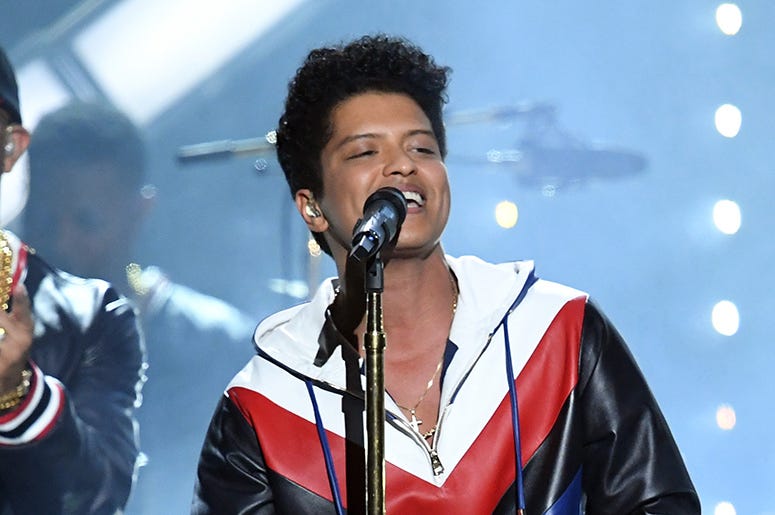 Lacoste -- the brand that made having a crocodile on your polo shirt cool -- has now become even cooler: It's partnered with Bruno Mars for a special fashion collection.

According to WWD, the collection is called "Lacoste x Ricky Regal" -- a "fashion alter ego" Bruno created -- and will consist of 25 pieces. And talk about a limited-edition: It's available starting March 5, but for two weeks only.

🎲 @ricky_regal @LACOSTE 🐊 I’m a gott damn fashion designer now! Catch me at a fabric store near you 🧵 🪡 pic.twitter.com/SC7SjDOQ4h

This marks only the second time Lacoste has partnered with a non-athlete on a collection, and the first time Bruno's done a fashion collaboration. He tells Vogue he's a long-time fan of the brand, explaining, “Going to school, if you had that crocodile on your chest, that meant something."

The Ricky Regal line features colorful graphics and details that are reminiscent of the late-1970s, like jackets for men and women with extended collars. You'll also find button-down shirts in geometric patterns, pull-on shorts, socks, slide sandals, gold-tinted sunglasses and, of course, polo shirts. Prices range from $100 to $200.

Bruno tells Vogue, "I wanted it to feel like, whoever that person is wearing it, they’re the coolest guy at the party. They’re not trying too hard. It just flows and feels right.”

The pieces will be available for sale at The Webster in L.A. and New York, LeBron James' store Unknwn, as well as in a new Lacoste store opening March 5 in West Hollywood. That store will have a special area just for Ricky Regal, featuring green velvet walls, casino games, and musical instruments. 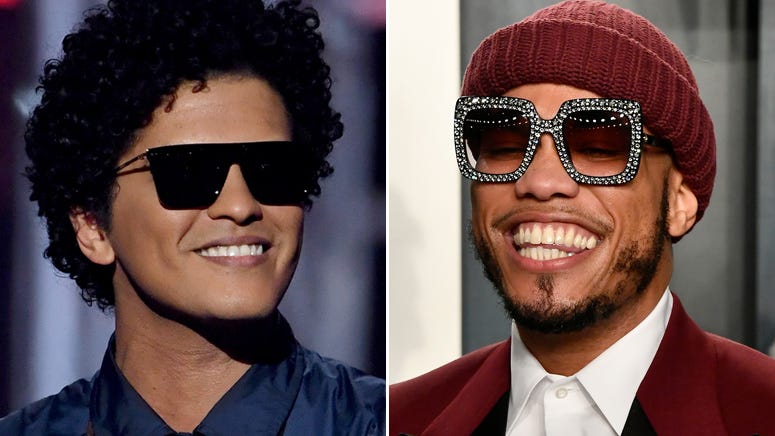 Bruno Mars is back, this time with Anderson .Paak for new Silk Sonic album

Bruno just announced a new musical project: A duo called Silk Sonic with GRAMMY-winning R&B star Anderson. Paak. The first single from the album, An Evening with Silk Sonic, is due March 5.