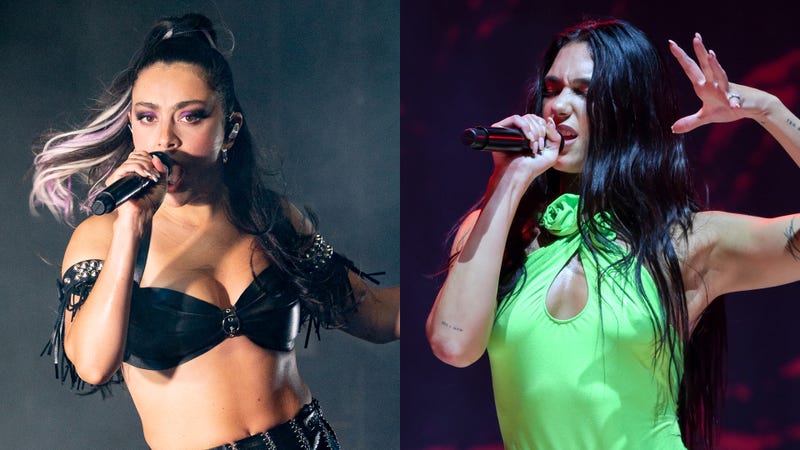 On a brand new episode of At Your Service, Dua Lipa is joined by Pop polymath Charli XCX, and it’ll basically make you feel like you’re listening to a conversation between two mates at a pub — filled with laughs, common ground, and insight about the music industry. 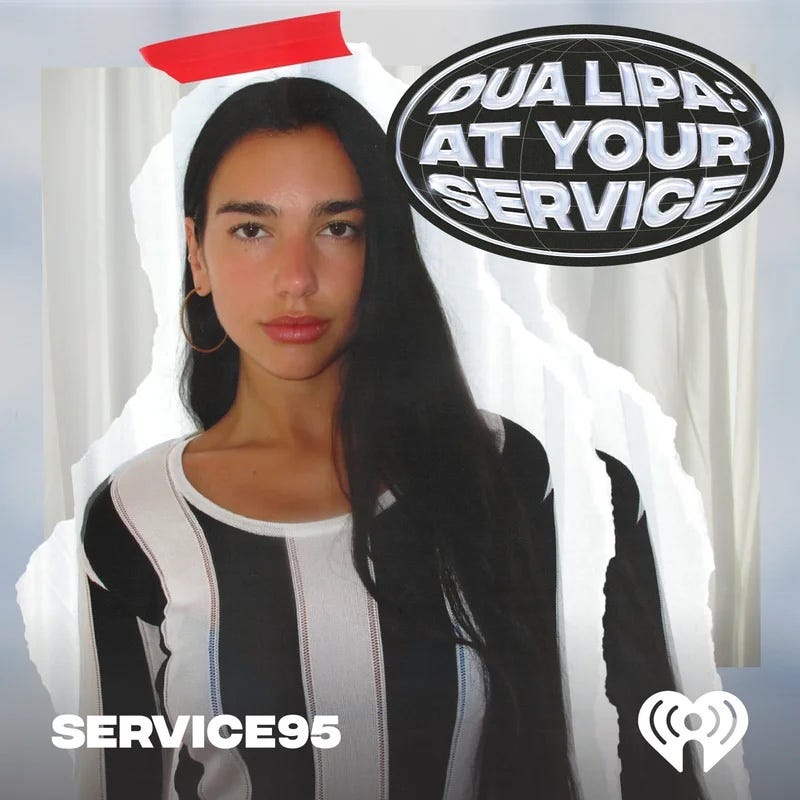 Currently both on the road since the top of 2022, Dua and Charli had tons to talk about. From performing “older” hits years later, the demands of tour life, what it’s like dealing with music leaks, and much more.

After discussing that she’s coming to the end of her Crash Tour, admitting “so far it’s has been amazing,” revealing she’s still set to perform at a few festivals, Charli chatted with Dua about the plights of the music industry.

After proving herself as an artist, writing her own songs, and finding her own niche, constantly evolving and doing it her own way, Charli decided that for her Crash era she want to change things up, dubbing it her “sellout era.” Starting things off with two tweets; the first one read: "a thought: imagine if this entire album campaign was just a commentary on navigating the major label system and the sadistic nature of pop music as a whole?"

a thought: imagine if this entire album campaign was just a commentary on navigating the major label system and the sadistic nature of pop music as a whole ?

Promptly followed up by a second that read: "another thought: what if i just love pop music and wanna be super famous?"

another thought: what if i just love pop music and wanna be super famous ?

Explaining what she meant and intended with this particular era, Charli said, “I suppose I’ve always enjoyed the dichotomy of my experience in the music industry. Which has been like having global, commercial success in the mid to earlier part of my career. Versus really diving off the deep end and kinda like exploring the underground, kind of like club music roots world that I came from.”

“That tension in between those two quite polar opposite things,” Charli went on to say, “has always been kind of like the narrative around me as an artist. Sometimes it’s been, ‘oh she’s the only person we can straddle these two worlds,’ and sometimes it’s been like ‘she’s failing at both worlds,’’ or ‘she’s succeeding at both worlds,” and Charli goes on to list a whole lot more.

“So, there’s always been this, like, tension between these two sides of what I do and what I’m interested in,” and after putting together an album in five weeks during the pandemic, called How I’m Feeling Now, that “delved more into that underground side of me.”

After being signed to Atlantic Records since she was merely 15 years old, now at 30 Charli wanted her “final album, in my quiet frankly old school deal” to “play this game that people have wanted me to play for so long, and I have resisted.”

She continued, “I think that in itself was probably hard for them to understand, especially as we approach an age for such a desire for authenticity within Pop music. I feel like the concept of like being, fake is the wrong word, but like not being like an authentic true artist that writes all of their own songs. That feels like ‘oh my god, we don’t know how to deal with that right now because everything needs to be so real’.”

“I was basically like look, ‘I’ve never worked with an A&R guy, I’ll have an A&R guy now’ and ‘you can pitch me songs that I haven’t written, cause I know I can write my songs, so let’s just do the whole 90s shtick.’ And it was kinda fun… and interesting to work like that," she says, "and to see the cogs of the machine turn. And to see like what they get excited about.”

"I suppose in ways I was kind taking it as performance art, which sounds a bit annoying," she adds, "but like playing this character of that level of Pop girl, and it was really fun, and I also really do stand by the music.”

Dua and Charli also chatted about how, while enjoyable, tour life can be “brutal,” and can take a toll on one's mental health, with Charlie revealing what she does in order to unwind, as well as disclosing how she manages to find a balance between “feeding that creative instinct, but also having time for yourself,” plus so much more.

Listen to Dua Lipa Radio on the free Audacy app