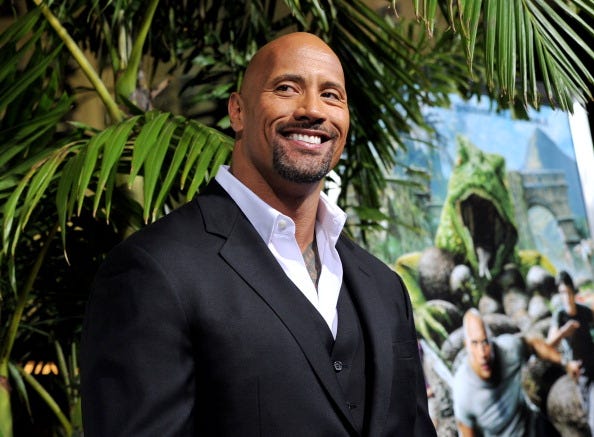 Being the son of a professional wrestler, Dwayne Johnson had to move around a lot as a child, always making new friends along the way. However, one experience at a new school stuck with him for years later.

During an appearance on Willie Geist's Sunday Sitdown, the 49-year-old reflected on an interesting encounter he had with a young boy when he was in the fifth grade.

Believe it or not, this isn't the first time Johnson had run into this confusion with his peers. "I would say between the ages of 7 and 11, people thought that I was a little girl because I had really soft features and I had really soft Afro hair," Johnson explained.

Johnson had lived in 13 different states by the time he was in high school, and later, he went on to become a professional wrestler much like his father. He eventually ditched the ring for Hollywood.

"When I left wrestling and transitioned to Hollywood, there was a time there where I wondered if I had made the right decision, because the movies - to use a baseball analogy - maybe I was hitting singles," Johnson said.

Now, fans are wondering if he's seriously considering a presidential run after a recent poll showed favorable interest in the idea. 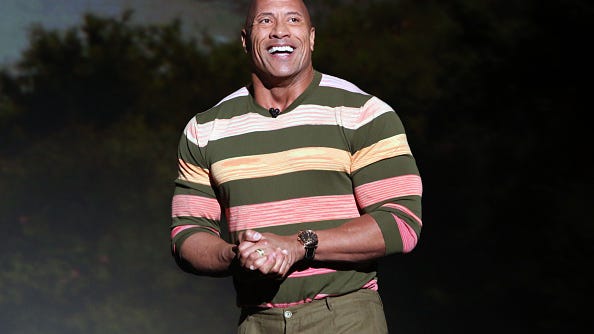 Dwayne Johnson humbled by interest in him running for president: 'It'd be my honor'

"Humbling," Johnson said of the poll results. "I don't think our Founding Fathers EVER envisioned a six-four, bald, tattooed, half-Black, half-Samoan, tequila drinking, pick up truck driving, fanny pack wearing guy joining their club - but if it ever happens it'd be my honor to serve you, the people."