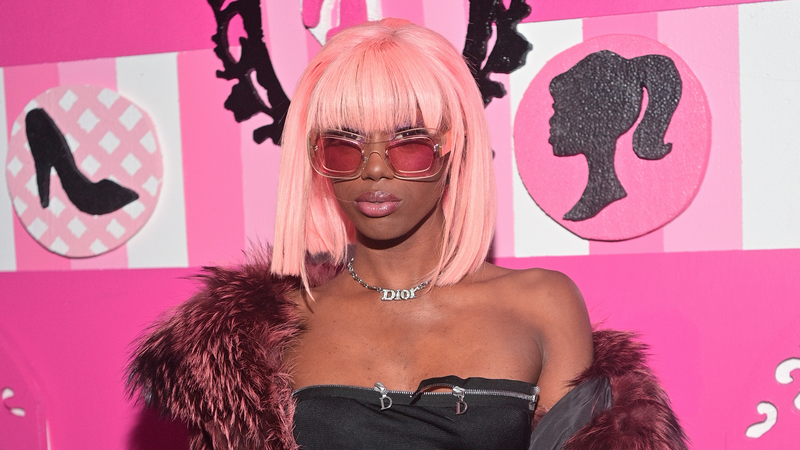 Flo Milli is giving us some serious “Flora The Explorer” realness with her brand new song “Back Pack.” Produced by Yung Glizzy, the track samples the memorable AF theme song from the Nick Jr. family fave, Dora The Explorer, mixed in with its fair share of some “Flo Milli s***” of course.

Naturally, Flo Milli uses this sample to talk smack, “Keep talkin’ s***, it can get lit/ You know I’m petty don’t try me lil’ b****.” While weaving in show references like Dora’s trusty sidekick into one of her rhymes, like, “I ride for my b****es like Boots/ I f***ed on her n**** like oops, oops.” And of course, lets not forget about the bars about backpack. In just one of many Flo's flows, she raps “Pull out that chopper b****, let’s make a hit, I’m peepin’ her out, number one on my list, red beam in the door, when I aim I don’t miss, don’t open yo’ lip, ’cause I just might reach in my…” Yup you guessed it, “backpack, backpack, backpack backpack.”

Also can we talk about the video. Directed by J Visuals, the accompanying mini movie for the track also takes from the popular cartoon, mixing animation with shots of Flo Milli performing the track all over LA rocking pink on top, orange on the bottom, and of course a backpack, just like Dora.

The past several months have been pretty amazing for the Alabama native with her breakout success of her debut mixtape Ho, Why Is You Here? back in July. Then starting off 2021 with the release of “Roaring 20s,” a reference to both the year and her age, both of which are now 21. Using another unusual sample (which we’re thinking is kind of her thing), from the musical Fiddler On The Roof, the track also came alongside a flapper-inspired visual, because 20s duh. Milli followed that up, appearing on Rich The Kid’s “Nasty” with Mulatto and Rubi Rose. And now she’s back with “Back Pack (Flora The Explorer),” which even with it’s oddly lo-res video is absolutely epic. See for yourself, check it out above.